On the question of: What is a citizen?" https://t.co/ixtT45z3MB – suggests membership, rights, obligations, etc.

Some thoughts on each of these points …
END_OF_DOCUMENT_TOKEN_TO_BE_REPLACED 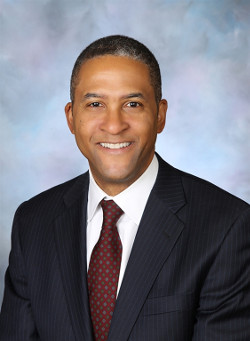 Held by Circuit Judges Raymond Lohier (Obama appointee, pictured at right) and Cormac Carney (Dubya appointee) and District Judge Jed Rakoff (Clinton appointee) in Morales-Santana v. Lynch, No. 11-1252-ag (2nd Cir., 2015). Ironically, given the effects this may have in Canada, Lohier himself was born in Montreal. In the opinion, released on Wednesday, Lohier wrote:

Petitioner Luis Ramon Morales‐Santana seeks review of a Board of Immigration Appeals (“BIA”) decision denying his motion to reopen his removal proceedings to evaluate his claim of derivative citizenship. Under the statute in effect when Morales‐Santana was born, Immigration and Nationality Act of 1952, §§ 301(a)(7), 309(a), (c) (codified at 8 U.S.C.§§ 1401(a)(7), 1409(a), (c) (1952)), Morales‐Santana’s father satisfied the physical presence requirements for transmitting citizenship applicable to unwed citizen mothers but not the more stringent requirements applicable to unwed citizen fathers. On appeal, Morales‐Santana argues principally that this statutory scheme violates the Fifth Amendment’s guarantee of equal protection, and that the proper remedy is to extend to unwed fathers the benefits unwed mothers receive under the statute. We agree and hold that Morales‐Santana derived citizenship at birth through his father.

It seems this ruling (if upheld on appeal) could retroactively extend U.S. citizenship to a large number of people who previously believed — and may even have confirmed with lawyers & consular officers — that they were non-citizens and would remain so for life unless they took the voluntary steps of immigrating to the U.S. and naturalising there. This includes people who do not live in the United States, and who would thus be caught in the net of FATCA and citizenship-based taxation. Who exactly will be affected? Detailed attempt at an answer after the jump.

(Update: for those of you who don’t like PDFs, the folks over at Findlaw.com have posted the opinion as an HTML page.)

END_OF_DOCUMENT_TOKEN_TO_BE_REPLACED

Not applicable to adult emigrants. No other proposals to simplify income taxes for individuals who don’t live in the United States. No help with the insane reporting requirements on foreign retirement & medical & disability savings plans. Some people may hope it’s a start from an administration which up until now has been totally deaf to the “special concerns and issues of Americans abroad” which the president claimed he would address when he was campaigning for our votes. Others will take it as what it appears to be at face value: a chance to get out while the getting is semi-good.  At page 282 of the “Green Book” (all links added by me):

Individuals who became citizens of both the United States and another country at birth may have had minimal contact with the United States and may not learn until later in life that they are U.S. citizens. In addition, these individuals may be citizens of countries where dual citizenship is illegal. Many of these individuals would like to relinquish their U.S. citizenship in accordance with established State Department procedures, but doing so would require them to pay significant U.S. tax.

1. became at birth a citizen of the United States and a citizen of another country,
2. at all times, up to and including the individual’s expatriation date, has been a citizen of a country other than the United States,
3. has not been a resident of the United States (as defined in section 7701(b)) since attaining age 18½,
4. has never held a U.S. passport or has held a U.S. passport for the sole purpose of departing from the United States in compliance with 22 CFR §53.1,
5. relinquishes his or her U.S. citizenship within two years after the later of January 1, 2016, or the date on which the individual learns that he or she is a U.S. citizen, and
6. certifies under penalty of perjury his or her compliance with all U.S. Federal tax obligations that would have applied during the five years preceding the year of expatriation if the individual had been a nonresident alien during that period.

The proposal would be effective January 1, 2016.

This didn’t appear to be covered in the table of revenue estimates. Correction: As Tim points out, the revenue estimate is in the summary tables file on the White House/OMB website, rather than the Treasury website. They estimate it would cost $400 million over ten years, with more than half of that coming in the first three years as people scramble to take advantage of the offer.

END_OF_DOCUMENT_TOKEN_TO_BE_REPLACED

Those tax compliant #Americansabroad who pay U.S. tax are actually "tax invaders!" bc they invade the US to pay taxes http://t.co/E1gTvU7OXW

Some of you may be aware that Kelly Phillips Erb (@TaxGirl) is running a series of “Guest Posts” on topics of interest. The above tweet references a particularly creative and interesting article on the taxation of Americans abroad. I recommend you read the article. I also recommend that you get over to Forbes and comment on this article. You may want to consider this article in light of some of the recent Robert Wood posts, including:

Marilyn’s Letter to President Obama; and

Dear Son, Why You Should Leave American Now.

END_OF_DOCUMENT_TOKEN_TO_BE_REPLACED

Following up on comments in early July in which he referred to FATCA as “universal law”, British Virgin Islands Premier D. Orlando Smith made another speech on FATCA late last month. I’m not impressed with most of this speech, but at least Smith acknowledged the fact that there are innocent accidentals in his territory, and even offered them concrete measures to ameliorate their difficulties:

However the BVI Government will, assist persons who consider themselves to need this support in meeting their reporting requirements to the US by providing useful advice and identifying professionals versed in US Tax matters to assist. … There are currently many BVIslanders who purely by birth, who may have been unaware of their obligations as US citizens. Last year we began a public information programme on the impact of FATCA on such persons and what they must do in fulfilment of their obligations to the United States. In the coming days we will reinforce these messages and announce the measures that we are taking to assist BV Islanders who are also ‘accidental’ Americans as we often refer to them in coming up to speed on their commitments to the Internal Revenue Service. These measures Madam Speaker will include a help desk at the Government Administration Building.

END_OF_DOCUMENT_TOKEN_TO_BE_REPLACED

Are you worried that you might have inherited “U.S. Personhood” from an American emigrant parent, but never had your status documented and have lived your whole life solely as a citizen of the country where you actually reside? Then you might find this case interesting. Via the Seattle Post-Intelligencer:

Cerrina was born prematurely in 1999 while her mother was visiting Mexico. Both of her parents were American citizens, but due to her early birth and some language difficulties, she wasn’t issued the correct form for babies born to American parents abroad. No one told her mother such a form was needed. When Crissy Foster brought her daughter home to Longview after the birth, the border guard who let them back into America even congratulated her on what he assumed was Cerrina’s automatic dual-citizenship, she said Friday.

But Cerrina didn’t have citizenship anywhere, as her mother soon learned … The United States wouldn’t issue a birth certificate to Cerrina without the correct paperwork from Mexico. And Mexico also didn’t claim her, because by law she was an American. At first the paperwork glitch seemed minor. But her case dragged on. It took a petition to the Mount Vernon School Board and a conference call with then-Congressman Brian Baird just to get Cerrina enrolled in kindergarten. She couldn’t be on her mother’s health insurance policy without a birth certificate, either.

END_OF_DOCUMENT_TOKEN_TO_BE_REPLACED 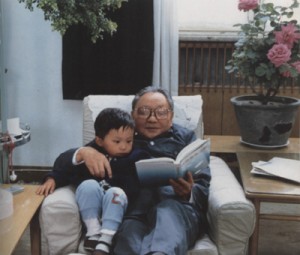 END_OF_DOCUMENT_TOKEN_TO_BE_REPLACED

I am admittedly way behind in reading the many recent good posts and comments here at Isaac Brock. I also have had a couple subjects I have wanted to weigh in on, and create new posts, but for the past couple weeks my time has been seriously constrained.  However, this morning a previous post by renounceuscitizenship caught my attention.  It was entitled Steve Mopsick – On the “coming into compliance dilemma”.  I have been thinking about it all day, and why it is that this QD dilemma is so difficult for so many benign Minnows with the conflicting advice being provided by practitioners. END_OF_DOCUMENT_TOKEN_TO_BE_REPLACED