(9) Do the minimum in trying to achieve the least bad outcome. 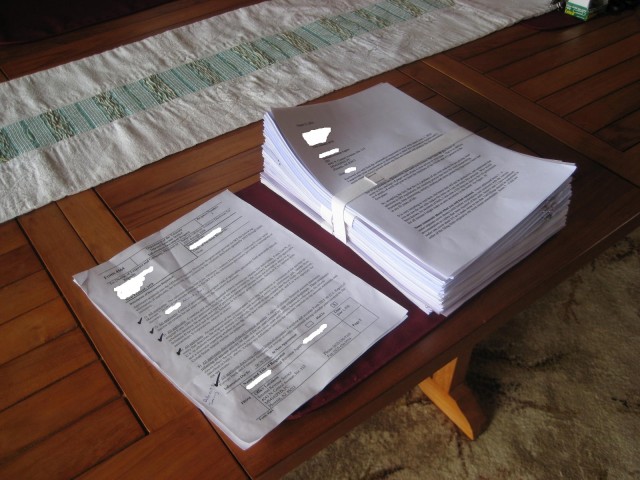 Just Me’s OVDP submission: an example of doing too much

Once your life is in the hands of a compliance condor, fastidiousness becomes the norm, and you will find that IRS requires forms for many aspects of your life that you never knew were even taxable. The compliance industry also has a penchant for telling you that it is better to be safe than sorry. Principle 9 is really a reiteration of the first: (1) What the IRS can’t know unless you tell them can’t hurt you.

It is perhaps best not to tell compliance condors, if ever you engage one, more than a minimum of information–because there is no client confidentiality with a tax preparer. Furthermore, they will not be happy if you tell them about something and do not take their advice to file the correct form.

Doing the minimum may mean doing nothing at all. Not filing and coming into compliance. Not renouncing or even reporting your prior relinquishment of US citizenship to a Consulate to obtain a CLN. In some cases it means renouncing or relinquishing, and not coming into IRS compliance. Each person’s case is different, and because our governments and banks are not protecting us, each person is on their own to find a solution.

In my own case, doing the minimum meant getting out of the IRS system as cleanly as possible, and so I deemed it necessary for myself to relinquish my citizenship and to file my final 1040 tax returns and the exit form 8854. But I did the minimum necessary to escape the IRS and I did not employ a fastidious compliance condor.

Here are some concrete examples of doing the minimum, especially in the Canadian context.

(1) What the IRS can’t know unless you tell them can’t hurt you.
(2) Fear makes the IRS more dangerous than it really is.
(3) Haste is the devil.
(4) Those most hurt by the IRS’s persecution of expats have engaged the services of cross-border compliance condors.
(5) Those least hurt have done nothing.
(6) Home is where you live.
(7) An unjust law is no law.
(8) Don’t feed the beast.

About: Petros is the alias of the founding administrator of the Isaac Brock Society. Petros Principles are guidelines that have helped him and others deal with the United States’ world-wide tax invasion.

Like Loading...
« Why aren’t Democrats Abroad screaming “Patty Judge for Iowa” at the tops of their lungs?
More than two thousand renunciants added to NICS in Q2 2016, but only 509 names in Federal Register list »