It is now 2019, and it’s been eight full years since I was a USA citizen. My date of relinquishment was 28 February 2011, but the IRS thinks erroneously that my date of relinqhishment was 7 April 2011. That means its been over six years since I last filed taxes and the statute of limitations for the IRS challenge my tax returns has expired, at least according to criminal law. However, if the IRS wished to claim that there is fraud on my tax returns and to attack me according to civil law, there is no statute of limitations.

In the case that one of the three exceptions does apply, the IRS has an unlimited amount of time to audit and charge penalties and interest.

Specifically, the IRS’s civil division can pursue taxes, penalties and interest indefinitely, and without any time limitation, if any one of the following three situations has occurred:

2.         The Taxpayer willfully attempted to illegally evade paying taxes, or

Of course if you are a Democrat candidate for President of the USA, fraud is not really a problem. Consider Elizabeth Warren’s attempt to pass herself off as American Indian minority, which circumstantial evidence shows that it helped to land a well-paying academic post at Harvard Law School. She had no more proof of her minority status than family anecdote and high cheek bones. Academic cheating is a serious enough problem that armed Federal Agents went to the home of Felicity Huffman,  hand-cuffed her and took her into custody. So if you use the mail system (mail fraud) to bribe your child into Harvard or Yale, you get roughshod treatment from the FBI, but if you use fraud (and the mail system) to get a position at Harvard, you can become a Democrat candidate for POTUS. 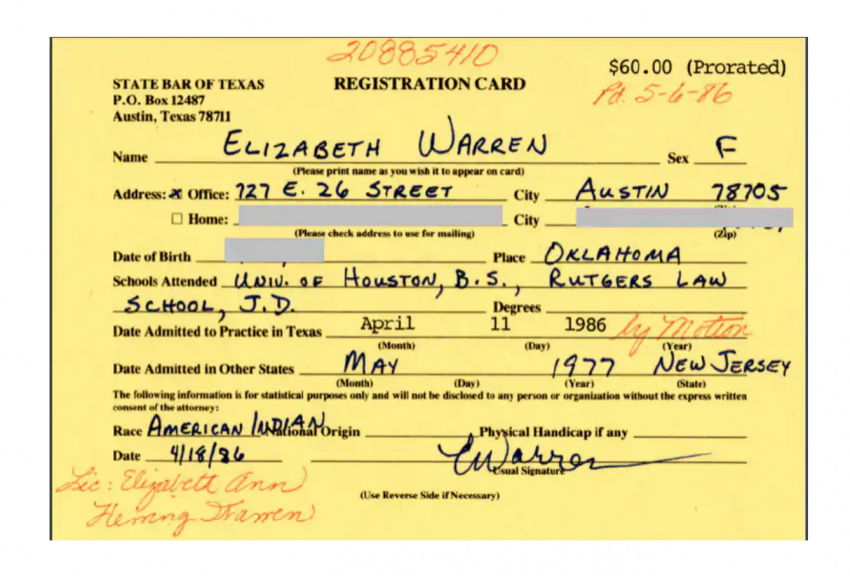 Do former Americans regret renouncing their citizenship of a country where they are constantly threatened with jail time while their politicians get away with fraud? John Richardson says, “They almost all “regret” that U.S. laws have forced them to renounce U.S. citizenship (they wish they could have remained citizens of the country of their birth); but [t]hey NEVER feel that they made the wrong decision.” I think that Mr. Richardson must have spoken with me and a few other Brockers before he wrote that.