As has been noted in various news articles (e.g. this one posted by Tom Alciere), the IRS is bragging about FinCEN receiving nearly 1.2 million FBARs last year:

“Taxpayers here and abroad need to take their offshore tax and filing obligations seriously,” IRS Commissioner John Koskinen said. “Improving offshore compliance has been a top priority of the IRS for several years, and we are seeing very positive results.” … In 2015, FinCen received a record high 1,163,229 FBARs, up more than 8 percent from the prior year. In fact, FBAR filings have grown on average by 17 percent per year during the last five years, according to FinCen data.

The growth just before that five year window was even more impressive: in 2011, the number of FBAR filers jumped to 618,134, according to an article by Brian Knowlton article in the New York Times, up by 124% from 276,386 in 2009, an annualised growth rate of nearly 50%. (For comparison, during the five period from 2008–2012, the IRS added 100,000 new Foreign Earned Income Exclusion users — with average incomes of about US$30k, meaning they don’t owe any U.S. tax unless Koskinen figures out some clever new way to extract money from them by imposing obscene fines on them for committing ordinary personal finance or inventing new forms of “income” out of thin air.)

Massive growth is exactly what Ms. Lucy Stensland Laederich of FAWCO told FinCEN to expect nearly six years ago, in response to FinCEN’s laughably low estimates in their Notice of Proposed Rulemaking in February 2010 (75 FR 8844) of 400,000 FBAR filers:

First, however, you note in VI. that the estimated number of affected filing individuals and entities is 400,000. In view of State Department estimates of over 5 million private sector Americans abroad and the large number of Americans and other U.S. persons residing within the United States and maintaining bank accounts abroad, I suspect that your number is vastly underestimated.

Oddly enough, as recently as 2008, FinCEN estimated that they should be getting 13 million FBARs. But three years later, James H. Freis, Jr. of FinCEN responded to FAWCO by covering his ears, ignoring the massive growth in filer numbers right in front of his eyes, and pretending that the 400,000 forms he actually received meant that his agency was getting 100% compliance already (76 FR 10244):

FinCEN received one comment on the estimated number of filers. The commenter believed that the number of filers should be higher. The commenter stated that estimates of Americans living abroad may be as high as 5 million, and that approximately 2 million of those Americans might be affected by the FBAR rules. The commenter did not provide a verifiable source or methodology for arriving at those estimates. As stated above, the rule contained in this document addresses the FBAR rules that have been in existence since 1972. FinCEN’s estimate of the number of affected filing individuals and entities (400,000) is based on the number of FBARs annually filed in recent previous years.

See how much your comments matter to the U.S. government?

Also worth a read: the comments to FinCEN by Jacqueline Bugnion (who resigned from the ACA board last year but remains active in the fight against taxation-based citizenship) and Marylouise Serrato of American Citizens Abroad asking Freis to use his clear statutory authority to grant relief to the diaspora:

[T]he overwhelming majority of U.S. citizens resident outside the United States are completely unaware of this requirement (indeed, a significant number of them are not even aware of their citizenship), and it is fundamentally impossible for the Treasury Department to enforce it evenly. The only options, therefore, are either to enforce it selectively, which is grossly unfair, or not to enforce it all, which renders it pointless. In practice, it is difficult to imagine the Treasury Department using this law in any manner other than to pile on an additional legal threat against a company or individual that it is attempting to pressure into co-operation on some unrelated issue. Either one of these two options are unethical and morally indefensible.

And recall Freis’ response to that:

FinCEN does not believe it appropriate to expand the exemptions as recommended by the commenters. Although the commenters noted that certain countries may have a robust set of anti-money laundering laws, the FBAR places the obligation of reporting on the United States person, and individuals and businesses can commit financial abuses and other crimes using financial institutions in those countries. By requiring United States persons to identify foreign financial accounts, the FBAR creates a financial trail that assists law enforcement and other agencies to identify accounts outside of the United States.

In other words, FinCEN are so bad at solving actual financial crimes that they need a standing general warrant to go through everyone’s papers at any time in order to look for the six lines they need to hang an honest man evidence of drug dealing, money laundering, terrorism, or illegal emigration.

Now, IRS Commissioner John Koskinen has stated that “taxpayers abroad need to take their offshore tax and filing obligations seriously”. Some of you might quibble with his wording, but it makes perfect sense to me. The United States is, after all, offshore — the biggest and bestest offshore tax haven in the world, now that they’ve managed to kneecap all their competitors by means of FATCA while refusing to sign on to CRS — and any “obligations” you have to countries other than your country of residence are, by definition, “offshore tax and filing obligations”, as opposed to your onshore obligations to the country where you actually live.

If you do not wish to have offshore accounts, or if you wish to have offshore accounts in a different country of your choosing, then your best bet is to cut your connections to the most hypocritical offshore tax haven — the one whose embassies are directly involved in draining capital out of the community where you live not only by offering you financial accounts in that offshore country, but also refusing to leave you alone so you can get an onshore bank account down the street from your house, near your office, or wherever else you please.

A late update to this post: the IRS’ bragging notwithstanding, growth in the number of FBAR filers last year has flattened out significantly compared to the spike in 2010, both proportionally and even in absolute numbers. By Koskinen’s own admission, in 2015 FinCEN added only about 90,000 new filers, compared to nearly twice that number of new filers in 2009 and 2010. Meanwhile, there’s an average of about 60,000 native-born Americans moving abroad annually (net) in the last five years, according to United Nations statistics — and that’s not even counting U.S.-naturalised immigrants who have also moved to other countries, or the children of either of the above groups of emigrants. In total, the State Department’s latest guess is that there’s 8.7 million U.S. citizens in other countries.

How many have an FBAR filing obligation? Well, Statistics Canada says, for example, that Canadian family units holding assets or debt had median non-pension financial assets of CA$9,900 in 2012. And that doesn’t account for people who might have had a far higher maximum account balance on one day of the year, for example due to selling some non-financial assets (e.g. their house). Based on that, it seems reasonable to suggest that FinCEN would be getting FBARs from half the diaspora if they had full compliance. (And keep in mind that FBAR is also filed by U.S. residents and businesses who have foreign accounts as well.)

But 1.2 million certainly isn’t half the diaspora. It isn’t even half of the most easily-identifiable subset of the diaspora — those born in the U.S., whom the United Nations estimated at about 2.8 million. — who are most likely to be caught out by banks’ FATCA/CRS-enhanced interrogation KYC procedures, and who thus have been scrambling the hardest to get into compliance with FBAR and all the assorted other U.S. government nonsense in the past five years. In simpler terms, the overwhelming majority of the diaspora are not filing FBAR. They’re either unaware of its existence, unaware that the U.S. Treasury considers them to be U.S. citizens, or are aware of both facts and have decided that their best response is to hide from it.

Incidentally, FBAR non-filers are likely to understand that showing up at a U.S. consulate to demand a Certificate of Loss of Nationality is a very poor way of hiding, especially if they were not born in the United States and the U.S. government has no idea where they are. One country in which non-filers are likely to be found has even produced a helpful instructional video informing them of the principles involved:

This suggests that most of the five thousand or more who renounced or relinquished U.S. citizenship last year, and for that matter the twenty thousand per year who cancel their green cards (since green card holders abroad also have to file FBAR) are drawn from among those 1.2 million who have actually filed FBARs.

Who came up with all this garbage anyway? 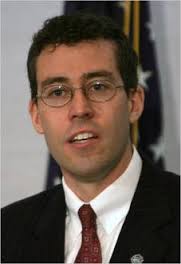 Before James H. Freis joined FinCEN, he was in fact an expat: according to Treasury’s press release back when they hired him in 2007, he served as Senior Counsel in the Legal Service of the Bank for International Settlements in Basel, Switzerland, and also previously worked in Germany. (One tends to wonder whether he was actually filing his FBARs back then, or whether he took his filing obligations as seriously as his boss Tim Geithner did.)

About a year-and-a-half after he wrote that insulting response to FAWCO, Freis left FinCEN. (His successor, Jennifer Shasky Calvery, is a Homelander who worked her way up through the ranks of the Department of Justice.) Freis first joined law firm Cleary Gottlieb in DC, but less than two years later, he apparently went back to expat life again, this time as the Chief Compliance Officer for Deutsche Börse.

I hope Freis is having as much fun as the rest of you using that godawful FBAR website which his subordinates forced on the entire diaspora after he went back out the revolving door. Or perhaps he considers it no more than a minor inconvenience in exchange all the money he’ll make until retirement as a fully-qualified member of the Compliance-Industrial Complex, advising his deep-pocketed institutional clients on how to manouevre through the mess he helped create. (Unfortunately for Mr. Freis, those clients will also demand a higher standard of competence than he exhibited during his time at FinCEN in his efforts to estimate the number of FBAR filers.)

As for the rest of the plebs who can’t afford his fees? Too bad for you!

27 thoughts on “Nine hundred thousand new FBAR filers since 2009, proving that FinCEN is grossly incompetent, can’t do basic math, and ignores comments from people who can”