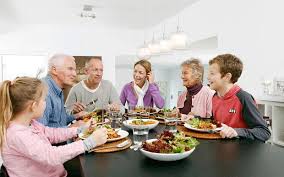 Picture a Saturday night, it’s extremely cold outside, and some friends have gathered over some hot apple cider, talking about what’s been on all their minds lately…….. 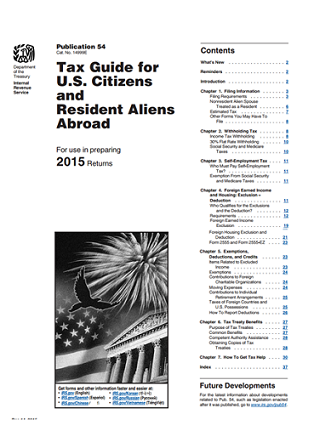 Marco said: Family education in progress…Today I informed my girls (12, 17 & 18) about the U.S. Governmen’s implicit intentions to stop them from living in Germany (their birthplace) and the same implicit intention of the U.S.Government requesting them to move to the U.S., if they would like to remain U.S. and German citizens and would like to remain financially unharmed. In short: I introduced them to Publication 54! One girl would have to file her first U.S. federal tax return next year and the minimum annual compliance costs to remain a U.S. citizen in Germany would be approx. $370 for her (if I wouldn’t do the paperwork). That would be 60% of one of her monthly paychecks. The fee to renounce is currently $2,350, so it would be cheaper for her to renounce after 6 1/2 years filing otherwise useless tax returns and other reports.

Credence said:
“When the time comes (my oldest kid with this problem is 9), the $2,350 will be a birthday present. Not that they usually get gifts anywhere NEAR that much, but since this is kind of my fault not theirs…. And now it’s back to work for me–if I can edit another 10 papers or so by the stroke of midnight on the 31st, I’ll have my renunciation fee.”

Marco: “You will *borrow* the child the money and make it a gift after everybody is free from the U.S. tax regime!”

Beverly: “You are allowed to gift 14K per year to each person on your gift list – usually your children – without paying taxes on the gifts, up to 1M (I think) over your lifetime. Don’t worry about the $2350-!!”

Marco: “Maybe you could try to explain the German authorities that the U.S. CLN is too expensive for you! Germany would accept this if your current monthly growth income is less then $2,350 while the CLN is charged with more than 1.280€. The German Government believes that the U.S. price tag is an “unreasonable condition for renunciation” – I agree and I also believe it is maybe the only (bad) way to stop citizenship evasion on a larger scale.”

Denise: “My daughter has dual and when she has filed enough tax returns will be renouncing.”

Credence: “So I just sent my request for the documents and the appointment to the embassy!”

Marco:” I don’t think that all dual / U.S. families living abroad can afford such an amount and I don’t believe that they will follow the U.S. Governments wish to move to the U.S. to get away from the burdens either. We would end up with $9,400 in fees if we need to “extract” our U.S. citizenship from our lives in the near future. Since I made the mistake to surrender my girls lives to the U.S. administration by registering them in the first place, I would have to pay and I guess I will frame the receipts and certificates in my living room as a symbol of real freedom once it is done. I already started saving one year ago…”

Credence: “Four kids plus me here who will eventually have to pay that fee. Marco, I feel your pain!” (NB: At today’s rate, the renunciation fees for this family would be $11,785 USD)
/strong>
everyone stopped for a moment…. mulling all this over in their minds… and then……….

Tom Paine: “What about establishing a charity called “Renunciation Fund”? It could be used to assist those who need to escape U.S. tyranny but can’t afford it. Perhaps DA could do a blast to everybody on it’s mailing list: “This year, give the gift of renunciation to somebody who can’t afford to buy their freedom”.

Marina: “Tom Paine I think I will share your suggestion on the DA FB page!” 😉

I liked this suggestion: “What about establishing a charity called “Renunciation Fund”? It could be used to assist those who need to escape U.S. tyranny but can’t afford it. Perhaps DA could do a blast to everybody on it’s mailing list: “This year, give the gift of renunciation to somebody who can’t afford to buy their freedom”.” This would be a worthy cause and would help the strapped Americans who need to renounce with their children. The way it is now, it’s unaffordable for many. But try explaining that to people who believe we are all the fat cats abroad. Actually it’s the fat cats back home who hide their money abroad, not us!

Marco: “I would call it “Freedom Fund” because the main purpose would NOT be renunciation but freedom, otherwise not available…. but for money...”

Joanna: “Yes!! Very catchy title. Americans and the media love anything with the word “freedom” in it. Freedom fries, etc.

Marco: “And the best: if we find a way to make it tax deductible for the donator in the U.S. and/or others countries, everybody will benefit (except the governments granting the tax deduction, governments supporting FATCA, IGA’s and the deriving burdens for U.S. people)”

Beverly: “Seems to me that at a cost of about $1000 per year for accounting fees to remain compliant, the renunciation fees will pay for themselves in just a couple of years!”

So they all guessed all that had to be done was…..

Like Loading...
« Men are not prisoners of fate, but only prisoners of their mind – RIP @Marciovp – @ADCSovereignty
Come and Take It! »

13 thoughts on “American Families Abroad are now Including Renunciation Fees in the Monthly Budget!”