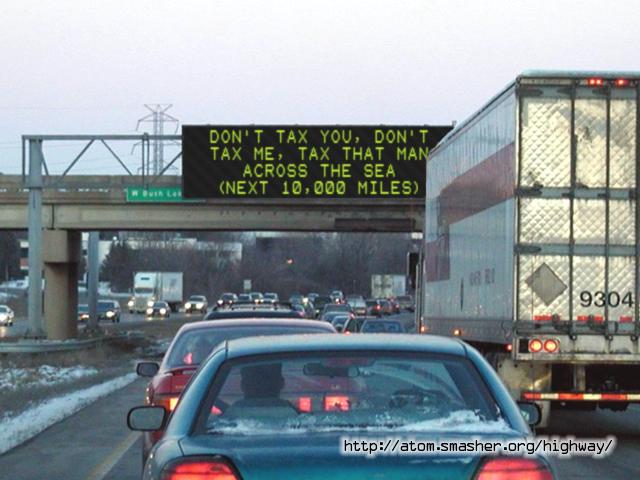 END_OF_DOCUMENT_TOKEN_TO_BE_REPLACED

Via Andrew Mitchel as well as The Tax Times blog, we learn that the IRS has published Chief Counsel Advice regarding a U.S. citizen wife who tried to file a joint U.S. income tax return with her “nonresident alien” husband. Most likely this means the wife lives in her husband’s country, or the two together as expats in a third country (though they might also be living in the U.S. with the husband on a student visa). I reproduce the entire text of the advice (CCA 201325013) after the jump. If you’re thirsty for more, you can see all of the latest & greatest hits from the IRS at their Written Determinations page, which is updated about once per week.

Anyway, in February 2013, an IRS examiner combing over the couple’s return — probably in hopes of assessing penalties, since now the tax law rather than the nationality law must bear the burden of punishing Americans for the traitorous act of sleeping with foreigners — wanted to know whether the wife’s act of submitting a “married filing jointly” Form 1040 had accidentally turned the husband into a U.S. person, even if they had not explicitly made a § 6013(g) election for a nonresident alien spouse to be treated as a resident alien for tax purposes. Such treatment would saddle him with an obligation to file Form 3520 on what the IRS hilariously calls “foreign trusts” and what the husband probably thinks of as “my local & fully-tax-compliant retirement account” — and since the would-be joint return apparently didn’t include any 3520s for him, the couple would have been subject to penalties.

END_OF_DOCUMENT_TOKEN_TO_BE_REPLACED

Thinking of taking the IRS up on their offer of “simplified” compliance procedures for U.S. Persons abroad? Well if you have a “foreign” retirement or purpose savings account, you should be warned that the paperwork is so complicated that even the IRS doesn’t understand it — and thanks to how the U.S. taxes “foreign trusts”, you may end up classified as a “high risk” taxpayer simply for having a retirement account like every one of your neighbours, especially if the U.S. dollar has fallen against your country’s currency during the recent financial crisis.

From a blog post by Brian Dooley as well as a comment by badger, we learn of a recent letter by the American Institute of CPAs to the IRS complaining of grossly inappropriate automated penalty letters being sent out to multiple taxpayers, Canadians among them, in response to accurate, complete, and timely Form 3520 filings — filings which the IRS erroneously classified as incorrect, incomplete, or late because the taxpayers left some blank spots on the form for items which the instructions correctly told them not to fill out.

END_OF_DOCUMENT_TOKEN_TO_BE_REPLACED

Defenders of the executive branch claim that U.S. Persons abroad should direct their anger at Congress, and not the IRS, for the current holy crusade against people who dare to live and save outside of the United States. But over at Tax, Society & Culture, tax prof Adam Rosenzweig makes an interesting argument which points to the hole in that logic:

Conventional wisdom seems to hold that Congress must act for there to be any reform of the taxation of “carried interest” (the type of fees earned by investment fund managers such as Mitt Romney) But if the goal is to tax carried interest at the same rate as, say, salary earned by auto workers, Congress need not act at all. Rather, the Treasury Department could accomplish this on its own today.

This somewhat surprising conclusion comes from the fact that the Code already authorizes the Treasury Department to prevent taxpayers from using partnerships to convert certain types of income that would have been taxed at the ordinary 35% rate into income taxed at the preferential 15% tax rate. For somewhat technical reasons, carried interest requires a partnership to be used for tax purposes. Thus, Treasury could simply issue a regulation disallowing the 15% rate for carried interest. Voila! Carried interest fixed.

So what other ridiculous aspects of the U.S. tax system might Treasury be able to fix through its power to issue regulations? Perhaps something related to U.S. Persons abroad?
END_OF_DOCUMENT_TOKEN_TO_BE_REPLACED

Through a recent post at TaxProf Blog, I learned about the IRS’ Statistics of Income Bulletin. This finally gave me the lead on a figure in which I’d been interested for a long time: the number of Form 3520 filers. Unfortunately, the statistics are only released once every few years, and the next set aren’t scheduled for publication until December 2012. But you can see the figures for 1998, 2002, and 2006 here on the IRS website. The latest number: U.S. Persons filed a grand total of 1,952 Form 3520s and 3,819 Form 3520-As in 2006.

END_OF_DOCUMENT_TOKEN_TO_BE_REPLACED

One of the most common justifications among DC tax professors and policy wonks for taxing US homelanders and US Persons abroad in the exact same way is “horizontal equity”: the idea that “similarly-situated” taxpayers should pay similar amounts to the US government. Naturally, these people see the current situation, in which U.S. Persons Abroad get all these “great tax breaks”, as horribly unfair. So here’s a handy table comparing the paperwork which U.S. homelanders and U.S. Persons Abroad must complete in order to conduct similarly-situated kinds of financial activities. All estimates are courtesy of the Paperwork Reduction Act.