For those of you who’ve sought refuge from FATCA at YNCU, you may be interested to know (if you don’t already) that the Ontario-based credit union has grown after a recent merger with Community First Credit Union.

Total assets for YNCU now total about $1.5 billion which greatly exceeds. Looks like things were finalized in April, 2016.

I’ve seen no recent updates on FATCA reporting at YNCU, nor about LCB registration.

If you know something about the credit union’s status – please advise in the comments.

And if you know of a “failsafe” (or something close to it in FATCA terms) credit union that’s not named “My Bedroom Mattress” feel free to share.

Today, I received a letter from my Member of Parliament (Deputy Finance Critic), Phil McColeman.

I’ve been hounding Mr. McColeman on Twitter (I’m relentless at times) for months about FATCA and it seems he simply doesn’t feel the need/urge to reply there.

So I went old school and sent a letter.

I’ve told him about the accidental Americans I meet at random in his riding…the look of anguish when I make the decision to force feed the the red pill known as FATCA. I’ve also told him about the impacts of FATCA on non-Americans (spouses, children, etc.)

Oddly, he didn’t mention them in his letter.

I’ll be writing him back and adding the PDF from a few weeks about about potential costs of FATCA to the Canadian economy and some new stories of accidental Americans he “represents” in Ottawa.

Anyway, here’s the letter if you’re having trouble falling asleep: 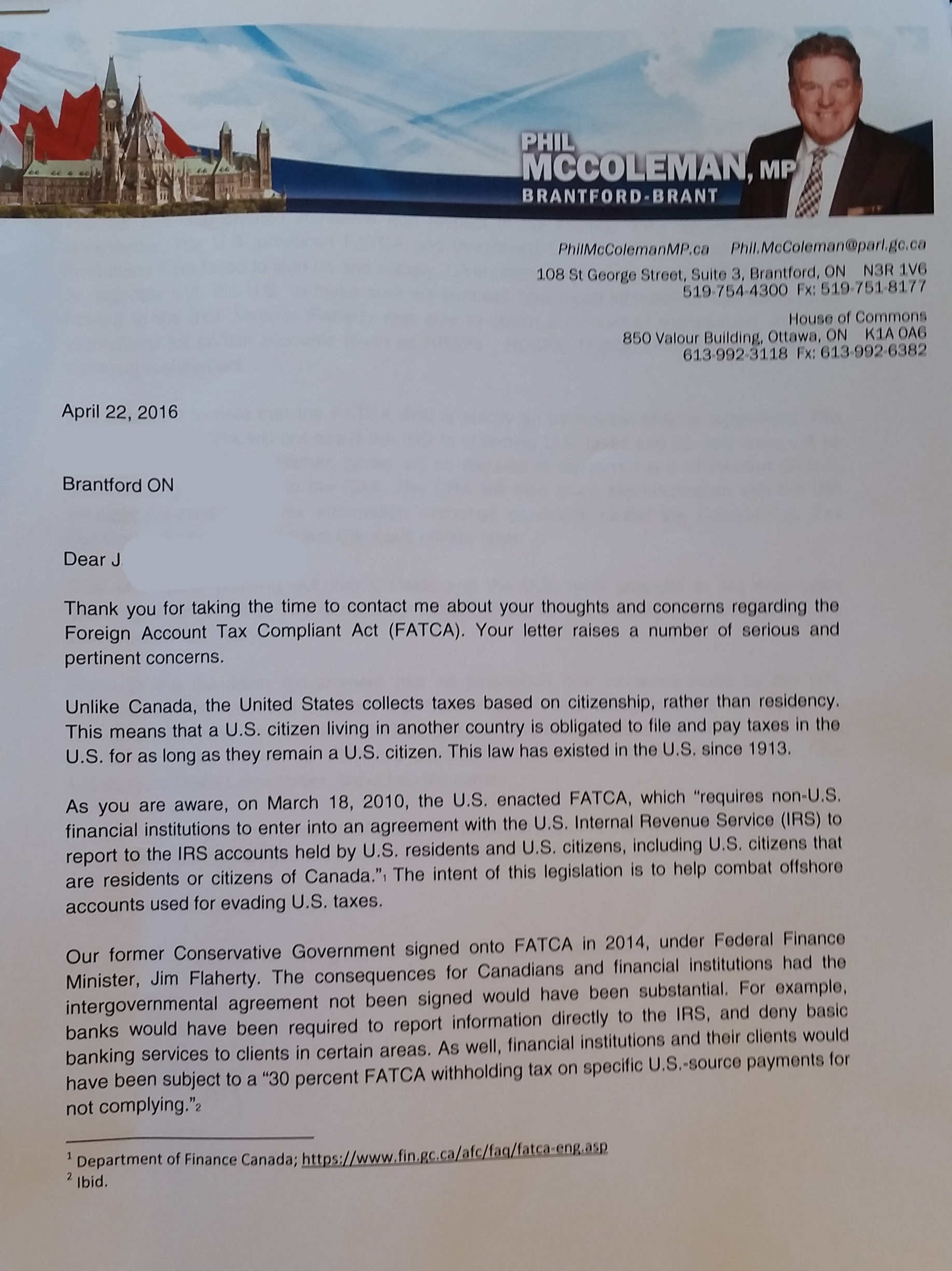 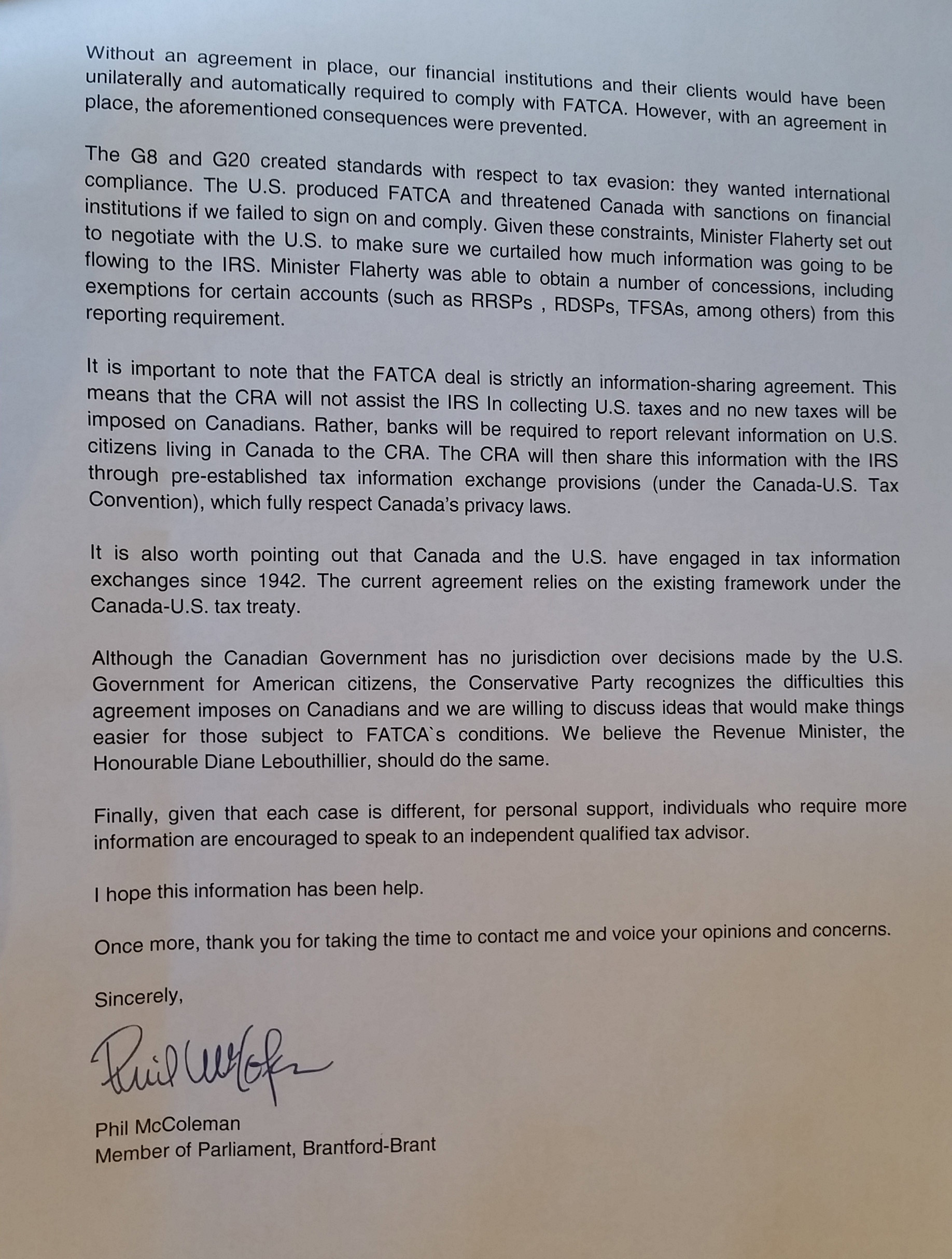 Mark my words, this year’s most fashionable footwear in Ottawa is the #FATCA flip-flop. (Sorry, I’ve noticed that a lot of people who practice Yoga also wear flip-flops. Set me straight if you need to.)

Bad for your feet – but perfect for your posturing.

For the record, you can buy custom-printed flip flops online (printed with the image of your choice). If anyone, with the appropriate disposable income, wants to generate some news media about our plight, ordering a pair of these and letting the media know you’ve sent them to PMJT might get some very well-deserved attention. I’ll even write the press release. 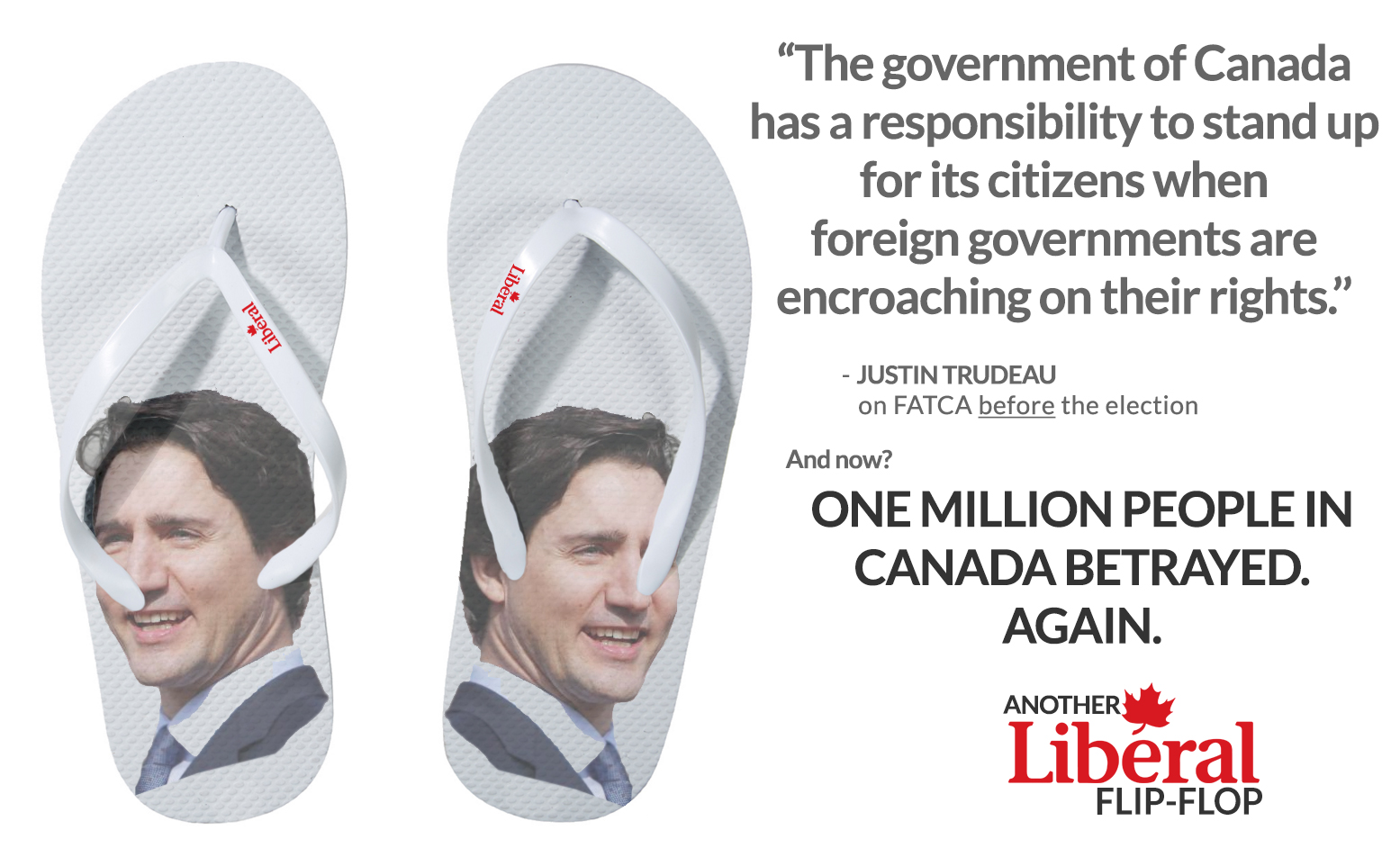 I have, on occasion, taken a plunge into social media to see where our beloved topic of FATCA is being discussed and/or used. There is a considerable amount of posting being done on the topic, and I think it’s important to realize that, despite the plight of U.S. persons living abroad, enforcing FATCA is actually part of the job description for those who administer the violation of our rights on a 9-to-5 basis.

Often, during my seemingly endless scrolling on sites like Twitter and Instagram, I encounter posts by individuals who live overseas and work for foreign financial institutions.

Some of these posts are simply group selfies – taken to commemorate the conclusion of FATCA trainings that are intended to help staff understand the ins and outs of reporting. Some posts are flat-out advertising for financial services to help those caught up in the FATCA dragnet.

But I came across one post recently that really caught my attention.

It was an Instagram photo – a small, black and white poster that, apparently, makes its home on the wall of a Russian bank employee’s office. (Based on what I saw of the user’s profile.)

Aside from the obvious “W8” and “W9,” the poster’s text is Russian, and the image is borrowed from a famous World War II Russian propaganda poster. 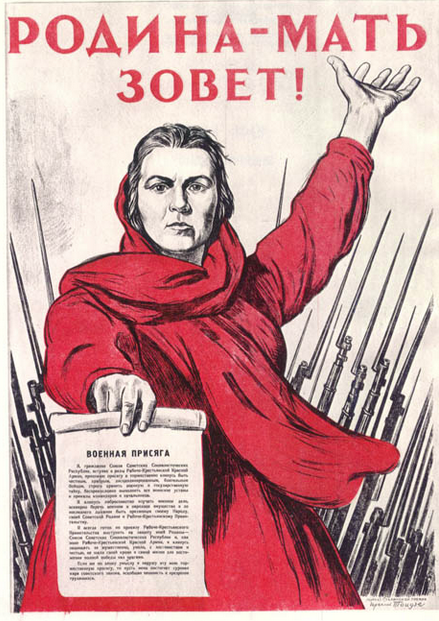 The original WWII poster, entitled “Motherland is calling!” was created by socialist realism artist Irakli Toidze. According to history, Toidze’s wife had burst into his studio to announce that the Soviet Union and Nazi Germany were at war. Her face and posture in that moment were used by Toidze in the poster, and the original text is the Soviet military oath used between 1939 and 1947.

From what I’ve read, the poster was among Stalin’s favorites (he was personally approving every propaganda poster at the time). Stalin was so moved by the poster that he  ordered 5,000 copies printed upon seeing it.

Since then, the poster has been re-purposed as propaganda for many causes – including the cause of one particular Russian bank to whimsically ensure FATCA compliance. 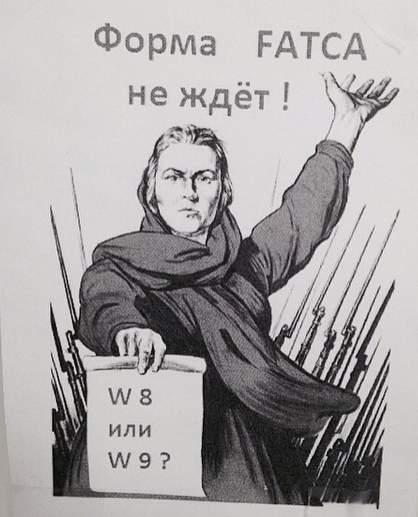 Below, on the paper being held by the woman, the text translates to “W 8 or W 9?”

I reached out to the owner of the Instagram account to verify the context of the poster and they responded with: “actually it’s a joke, re soviet motivation poster) the direct translation is: “FATCA for [sic] does not wait! Form W8 or W9?”

The fact that a Russian bank has a “motivational” poster hanging in an office to envourage staff to get a W8 or W9 from suspected U.S. persons is interesting, to say the least. More like painfully ironic, given the context of the original poster.

Despite the overtones and irony of the original World War II poster, I think it shows a perspective of FATCA that we don’t always see – that of everyday people who are simply doing a job they aren’t in a position to question – much like the job of those whom the original poster was meant to “call,” I suppose.