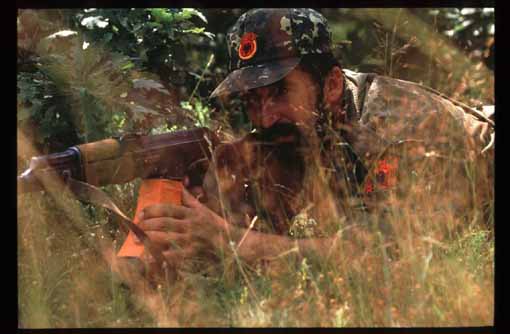 How does a country move from nobly declaring FATCA to be a breech of sovereignty — to signing a FATCA document with the Obama regime over the course of just a year? Well, the compliance-mafia / Deep State has either a Mustafa or a Slobo on call for whatever the Deep State needs in whatever country needed.

Perhaps you remember the days when we prayed for some FATCA IGA fightback? Country after country fell to the Nobel Peace Prize winner’s extra-territorial FATCA citizen-spy tool.  First, the big 5 fell. Then Norway got the Deep-State John Doe payoff, and shortly afterward the entire world caved to FATCA IGAs. Finally, the never-tiring JustMe threw in the resistance towel and disappeared into mountain bliss.

Then, while a few of the expected put up some symbolic resistance and disinterest, a tiny bit of valiant resistance popped up. A tiny country publicized a resistance. This is a country known for resistance–A country who had lost 1/5 of its population fighting off its occupiers in the first world war (the Ottomans and the Austro-Hungarians), A country who had resisted the Nazi occupation, with both its communists and royalists, whilst fighting its own civil war between themselves, whilst rescuing 500 forgotten Americans expatriated behind enemy lines.  It was also known as joining together others as non-aligned nations in resistance of both the east and the west.

Unfortunately this country known for its resistance, also takes pride in having lost its wars and sovereignty on a regular basis over the centuries. Beginning with things such as having its entire army defeated by the Ottomans while sleeping off a hangover, living centuries as slaves to the Ottoman occupiers,  delivered to communists by spies as loot for the defeat of the Nazis, and finally destroyed by a Deep State / Jihadi alliance. All of this, while still resisting invaders with spirit. And then, the Stepford Wives got well appreciated by them, when the witch Madeleine Albright got herself stoned in the area she had “liberated”.

So, as another day in history, Aug 11 of 2014, the valiant Serbs put up resistance to America, and announce that real Serbians would be protected from the wrath of the long arm of the IRS and its FATCA.  But actually, it was visible a year prior that non-submission would not be tolerated, that the Compliance Mafia deep state would be imported by an invading American McKinsey-firm accounting lackey to rule the Serbian Financial Sector as minister of Serbian finance.

Serbia has a history of resisting occupiers, like the 4-century occupying Turkish jihadists who maintained the right to break in and take pleasure of  any house, business, or marriage . But there were small bits of resistance, such as the famous businessman Pirot Hrista Jovanavic, who built his office with a low ceiling so as the tall Turkish invaders would have to bow when they broke into his office.

However, Prime Minister Vucic is actually a master at announcing resistance to the Deep State, to foreign powers, and to the influence of foreign cultures. He typically makes such announcements of resistance to parties such as the Arabic nations, all-the-while selling off the most valuable downtown property to oil-rich barrons. He is known for feigning resistance to the EU, Turkey, Hungary, and US, all the while awarding sweet deals to foreigners for his country’s previously state-owned properties.

Unfortunately again this time FATCA resistance was not to be, as the currently-reigning vassal Prime Minister Vucic arranged for the McKinsey mafia to arrive and do the work of the Obama Deep State, one year prior to the announcement of resistance. In just a short year, the Deep State Mole landed in Serbia and implemented the Obama Ottoman-invasion extra-territorial FATCA edict. He left, just days after signing the FATCA surrender and months prior (12 Jul 2014) to the country, its media, and Brock Society even realizing (11 Aug of 2014) what had happened.

There is no better display of Deep State Compliance Mafia FATCA implementation than at the Obama / Deep-State vassal Vucic implementation of FATCA with Serbia’s temporary employment of an American McKinsey accountant to a place as finance minister. As a result, US citizens residing in Serbia will remain under the control of Obama-dominated FATCA / FISA / FINCEN Deep-State surveillance. Any returned war refugee or NGO baby will forever be a slave to the Obama FATCA Ottoman tax regime.

Dear Candidate Trump, would you like to rescind the Obama Executive IGA orders for FATCA and eliminate layers of expensive FATCA regulations?

Some of us look forward to the potential for Trump leadership to eliminate Obama regulations and intrusions upon American citizen–but no one is holding their breath. How about you Make It Great for American Citizens Again and eliminate FATCA and FBAR and eliminate Citizenship-Based-extraterritorial taxation? A few Executive orders of your own could undo 8 years of Obama Ottoman-like tyranny and allow 9 million U.S. expat Americans to live in peace and freedom…and to once again look back to their home country. Dear Candidate Trump—what say you #MakeItGreatforAmericansAgain?

9 thoughts on “FATCA, the Compliance Mafia, The Swamp & the Deep State in the League of Non- Aligned Nations”