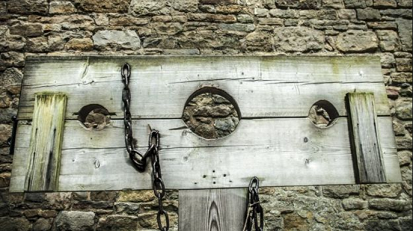 As I write this post, my mind goes back to one of my very first posts about U.S. compliance issues. This post was called “What you should consider before contacting a lawyer“. Since that time I have written hundreds of post describing the problems faced by Americans abroad.

In Dewees 1, I explained the importance of the Canada U.S. tax treaty and how it provides “some protection” to Canadian citizens from U.S. tax debts.

In Dewees 2, I explained some of the characteristics of the OVDP program and how Mr. Dewees got caught in it.

In Dewees 3 (this post), I am suggesting some possible lessons that can be learned from the story of Donald Dewees.

It’s important to understand that Mr. Dewees did NOT have a “tax problem”. (After all he owed no U.S. taxes.) He had a “compliance”
problem. He was NOT in compliance with a set of laws that the United States was applying in an “extra-territorial manner” (without any particular notice) to the residents of other countries.

Thought 2 – The “nature of OVDP” – who was this program designed for?

It seems clear that when Mr. Dewees consulted the “tax professional” he was introduced to the 2009 OVDP (Offshore Voluntary Disclosure Program).
By its express terms OVDP was a program that was designed for people who had used offshore bank accounts and entities to “avoid or evade”
U.S. taxes.

Clearly Mr. Dewees was not and had not used any Canadian bank accounts or corporations to “avoid or evade” U.S. tax. Why then, did his adviser allow him to enter OVDP?

He entered OVDP in 2009. This was before any of the hysteria about “quite disclosures” and that sort of thing.

In addition, given the speed that he entered OVDP, it seems likely that his entry into OVDP was prior to his U.S. tax returns having been completed and analyzed.

It is likely that Mr. Dewees entered OVDP without any indications that OVDP was an inappropriate way for him to enter U.S. tax compliance.

Why would an innocent person who didn’t know about the unreasonable U.S.
tax filing obligations enter a program designed for criminals? (There was at least one U.S. tax professional who suggested that people seek the required clearance from IRS CI (Criminal Investigations) BEFORE even analyzing the person’s specific situation.)

Thought 3 – OVDP was (and is) a “voluntary” program. Why would somebody enter OVDP?

Everybody understands that (subject to the coercive attempts of certain tax advisers to get people to enter the program) that entry into OVDP is voluntary. Therefore, one would enter OVDP if and only if one saw clear benefits. Given that entering OVDP subjects one to massive penalties, it’s difficult to see what the benefits to entering OVDP would be.
(Unless one is a wilful tax evader which Americans abroad simply are
not.)

What I can’t understand is: why those who entered OVDP thought they should not receive penalties. The whole point of the OVDP was to extract penalties from the taxpayer. By entering OVDP, one was “signing up” to pay penalties. Penalties could be avoided only by opting out of OVDP.
But, if one were to “opt out” of OVDP, then why would one enter OVDP in the first place? Is entering OVDP somehow clever?

Thought 5 – OVDP is not prescribed by law. It is/was a program designed by the IRS. Those who entered the program learned that they could not trust how the IRS administered the program.

More significantly, to enter OVDP is to enter a program that is NOT governed by law, but is governed by the whims of the IRS. Much has been written about the infamous “bait and switch” and the fact that the OVDP FAQs could not be relied upon by the taxpayers.

Much has been written about this by Nina Olsen and others.

Thought 6 – Why then did many (but not all) tax advisers promote the OVDP programs to their clients?

I don’t know. It’s as though they didn’t read the reasons for the program. They ignored the penalties that would be paid. Perhaps, it’s because tax advisers deal with tax issues and don’t think primarily about “compliance issues”. It would be interesting to hear their perspectives years later. It would be interesting for them to hear about the number of lives that were irreparably damaged by trying to “do the right thing”.

This is a fascinating question.

I have observed that those who are the most affected by their “Oh My God Moments” share one or more of the following characteristics:

They believe in compliance with the law. Certainly when it comes to U.S. tax compliance and FBAR those who have the most difficult time are those who believe they should obey the law. Those who believe that there is a correlation between law and morality. The simple truth is that those who attempted to fix their compliance problems early paid a significant price. Those who waited (say until the 2014
Streamlined) have paid no price. Those who tried the hardest to comply and who tried to comply earlier were treated brutally and unfairly.

They have some other difficulty going on in their lives.
Those who are dealing with some other life problem seem more affected by U.S. tax issues. For example, divorce, death and illness are major factors. I believe that it is very significant that Mr. Dewees was experiencing a serious life tragedy when he made the decision to enter OVDP. Absent that tragedy he might have thought more clearly.

They have an exaggerated “psychological need” for certainty. Okay, okay, okay. The only way to have certainty is to agree to the most “punitive resolution” to your situation. It makes no sense to commit suicide to avoid dying. The only thing that is certain is that you are a U.S. citizen and a member of the world’s premier “Tax, Form and Penalty Club”. Escape is possible only through death or relinquishment.

Remember also that for Americans abroad to enter OVDP may mean bankruptcy. All (or virtually all) of their assets are foreign and therefore subject to penalty.

Thought 8 – How can it ever be wrong to just obey the law?

This is the most fascinating question of all. The law requires Americans abroad to obey the Internal Revenue Code (file taxes) and obey the “Bank Secrecy Act” (file FBARs). Yet many tax advisors told their clients that it was wrong to obey the law. No, you must enter OVDP?

Why not just obey the law? Why not just file the taxes and FBAR? How can this ever be wrong?

Prior to the beginning of the “Revised Streamlined Program” in 2014, the ONLY way that one could avoid penalties was to simply “obey the law”!

Thought 9 – You are NOT solving your problems by coming into U.S. tax compliance – Once a U.S. taxpayer then ALWAYS a U.S.
taxpayer

By coming into U.S. tax compliance, Americans abroad are simply trading one problem for another problem. They are trading a “compliance problem”
(I didn’t know I should be filing U.S. taxes) for a “tax problem”. Once they entered the U.S. tax system they will have to stay in the U.S tax system. They will learn how compliance with U.S.tax laws makes it difficult for them to have a normal life in their country of residence. Don’t believe me? Just try it.

Thought 10 – “When it’s all said and done: All Roads Lead To Renunciation”

The last few weeks have been discouraging for Americans abroad.

The Dewees case confirms the brutality of the U.S. tax system. (There is NO excuse for what happened to Mr. Dewees.) They basically took a significant portion of his retirement assets for not filing a form that he didn’t even know existed. What country would do this to its citizens?

The dismissal of the Bopp lawsuit sends a strong strong message. The message is that the concept of “standing” is now being used to protect the U.S. Government from lawsuits.

It is no longer possible to live outside the United States as a “tax compliant” American. Americans abroad can retain their U.S. citizenship only if the USA amends its tax laws so that the United States no longer imposes taxation on those who are residents of other countries.

Such a change is NOT impossible. That said, we are down to the last few months of hope. It’s the season of tax reform. If change doesn’t happen now, it is unlikely to happen in your lifetimes.

Like Loading...
« Next Stop: the U.S. Supreme Court!
With sadness and gratitude, we announce that Ginny Hillis (Canadian Ginny) has withdrawn as a plaintiff »

79 thoughts on “Dewees 3: Lessons about the “Oh My God Moment” and dealing with the problems of U.S. citizenship”