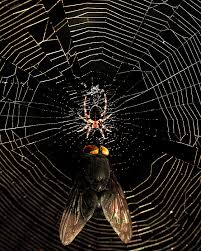 In an earlier post I explained why the Canada Revenue Agency assisted the IRS in collecting a $133,000 U.S. dollar penalty on a Canadian resident. The bottom line was that he was presumably NOT a Canadian citizen and therefore did NOT have the benefits of the tax treaty. This post is to explain where the penalty came from in the first place.

Will you walk into my parlour?’ – #Americansabroad and IRS “amnesty” offers in the 2009 #OVDP


It has been widely reported that a U.S. citizen residing in Toronto, Canada since 1971, paid a $133,000 U.S. dollar penalty for failing to file IRS forms disclosing that he was running a business through a Canadian corporation.

How did this fly get caught in the spider’s web?

The Spider and the Fly is a poem by Mary Howitt (1799–1888), published in 1829. The first line of the poem is “‘Will you walk into my parlour?’ said the Spider to the Fly.” The story tells of a cunning Spider who ensnares a naïve Fly through the use of seduction and flattery.
The poem is a cautionary tale against those who use flattery and charm to disguise their true evil intentions.

The Spider and the Fly: Some things never change … https://t.co/GvSvoO7sO5 pic.twitter.com/fZC8pPZGuL

Like Loading...
« Citizenship showdown coming: Has Australia ceded control of its sovereignty to foreign countries?
Next Stop: the U.S. Supreme Court! »