This is one of the finest posts I have ever read. And while it does not address all expats (i.e., Accidentals may not identify with this), it is perhaps, the only way we will ever change the minds of Homelanders and the U.S. government. As John so eloquently states:

I am also reminded of Don Maisch’s wonderful paper outlining the potential loss of foreign students due to FATCA.

I watched Smerconish last night on CNN. And before you label me a Libtard or a liberal lackey, and yes, I despise Fox News and the alt right, I am quite disgusted with mainstream media’s filtering the real Obama stories. I rarely watch any news on television anymore, and when I do, it’s usually Canadian CBC, CTV, or BNN. I like my news to be about the news. Stations like Fox and CNN should have the word News stricken from their titles.

Anyway, I like Smerconish. He tends to speak his mind, and his mind is very much in line with my own leanings: centrist, questioning all, and searching for the best. I know you righties cannot comprehend these concepts, so please stop reading before your brains explode. Except I am done with left-right bullshit in this post.

At one point he interviewed Mark Wrighton, chancellor of Washington University in St. Louis. He was a spokesman for 48 university heads who oppose the seven-nation ban. When Smerconish made the following statement, my hackles raised.

It is a valid point. It is a point I can relate to; because it is a point I have been making for years. People are the front line of foreign relations. If you can sway the people, you sway the government. You cannot sway the people by swaying the government first. This ban cuts off the cultural exchanges, it is a virtual wall that ensures prejudice on both sides will fester and metastasize. Such a ban not only shuts off all grass roots reconciling but also spurs anti-American sentiment and terrorist recruitment. That this and other bans are bad is a no-brainer to a thinker and someone who wants a peaceful world.

I have been making this point not about students or immigrants but about emigrants. The United States has some 40 million foreign nationals (people with foreign citizenships), but it also has some 9 million citizens living abroad. I am one of these people, or I was. We live in foreign countries, live foreign lives, speak foreign languages, immerse ourselves in their cultures, collaborate with them in all facets of life, and if we stay long enough, we become one of them. We are the front line of spreading the ways of America to the rest of the world. We are plenipotentiaries with boots on the ground.

We should be treasured assets of freedom, democracy, and world peace, yet we are treated as criminals and called traitors by the Treasury Department, former President Obama, the dipshit lefties (sorry, but the idiot and his ilk infuriate me) like Chuck Schumer, and we are ignored by all mainstream media, like Smerconish who can rail about 12,000 foreigners but ignore 9 million Americans.

Under this latest lashing against refugees, we the 9 million are calling ourselves refugees. Some 20,000 of us handed in our citizenships under Obama and the floodgates are still open. The GOP has an anti-FATCA and pro-RBT platform, we think, but nobody has acted yet. There are also lawsuits, but unlike foreigners, we Americans cannot yet prove irreparable harm. Apparently higher standards are at play when the American government defends its money.

Our fight is about fair taxation. We who live abroad pay taxes abroad. We pay taxes for services we receive. We pay income taxes, value-added taxes, and a host of miscellaneous taxes, depending on where we live. Through taxes we pay for every service we receive; except when we pay US taxes, we pay for zero services, because we do not receive any services from the US. We expats receive exactly zero services for our compliance. None. Zilch. Voting is a right that nobody should have to pay for (though I am not opposed to requiring residence), armed forces protection (lefties often claim I need to help pay for aircraft carriers, an for some reason they ban me from their closed forums when I tell them they are full of shit) is a nation-protection service, not an individual one. You help protect Canada, and I pay for that through my Canadian taxes. You may not be happy with the reciprocal services, but take that up with Justin. My roads, schools, retirement, protection, social services, military, health, and whatever else our government tries to do for us is provided by my Canadian system of government. And no, if the US Army comes to rescue us, that’s a separate, very expensive charge not covered by our taxes.

Taxation of its citizens living abroad by the USA, this citizenship-based taxation now enforced by #FATCA, is taxation without representation. America, have you fallen asleep at the wheel? Please wake up and think about this. You revolted from Great Britain because it treated you as tributary slaves, and now you do worse to your own? This is why we’re upset; this is why we’re handing in our citizenships; this is why Obama’s legacy on foreign relations and world peace is a sham.

160,000 coerced into spending billions to comply with FATCA.

Basically these 9 million, should they attempt to comply, cannot live as Americans at home and cannot live as foreigners abroad. As the US pushes harder to get the estimated 8 million to comply, this 20,000 is expected to grow exponentially.

And like most Americans, many of us are vocal. We use our free speech to tell our neighbours how nefarious the US government is. We advise them against becoming Americans, especially if they ever want to return home. Once you adopt the label, it becomes a ball and chain you cant easily unshackle. The US by treating us as criminals is hurting it’s own image. 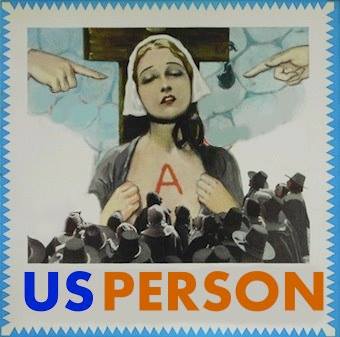 So where are you Mr. Smerconish? Where are you Bill O’Reilly, Anderson Cooper, Chuck Todd, Wolf Blitzer, that mouthy woman on MSNBC, anybody at ABC, CBS, or NBC; where is mainstream media when it comes to helping this nefarious problem affecting 9 million Americans? Where are the university chancellors? Where is the GOP? Where is President Trump?

« FATCA is NOT about PROTECTING America’s Tax Base
Part 2: Be careful what you “Fix For” – Mr. Kentera meets Mr. #FBAR in the “Twilight Zone” »

12 thoughts on “Where are you Mainstream Media?”