So far, by investigating the highest two US tax categories, we’ve seen that the only 0.274% of the first 81.1% of the expat population’s tax returns yield tax revenue to USA. Now, we investigate expats who may be exposed to USA’s 33% to 35% tax bracket—which comprises 1.9% of the US expat population. If a United States person lives in a country in this range, he could be exposed to USA taxation ranging from 0% all the way up to 6.9% (average 3.45%). These countries are identified to have taxes in this range (with percentages of the US expat population).

New Zealand is the most significant in this group, and has a top marginal tax rate of 33%. Let’s compare that to America’s tax tables. 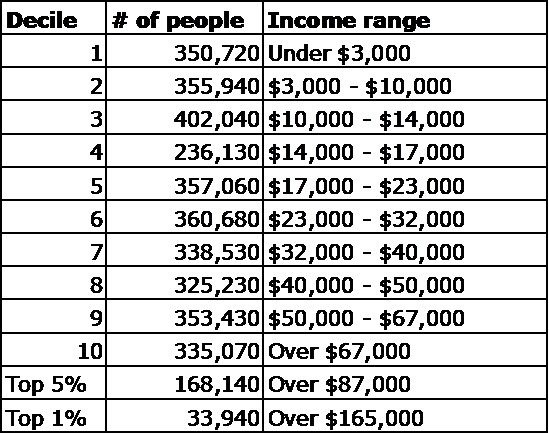 In New Zealand—how many people is this really? Various estimates yield the quantity of U.S. citizens in New Zealand to be between 21,462 Kiwis BORN in USA, to 38,207 to 66,600 Kiwis with known and unknown US citizenship. USA could tax less than 1% of them.

The ridiculousness of America’s extra-territorial taxation glares in New Zealand.

Like Loading...
« America can achieve goal of eliminating non-US bank services for Americans?
Taxing Expats: Make it as difficult as possible »

26 thoughts on “How much #tax can #America collect in #NewZealand?”