All condors MUST assist with the enforcement of CBT law on Americans abroad or face Circular 230 sanctions – just doing their job! 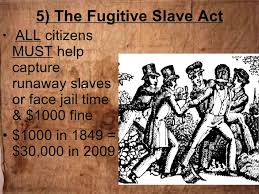 Bob Jones on American Expatriates Facebook: “CBT is the modern form of slavery”

December 12, 2011 – “We can’t trust the IRS, but can we trust the accountants and the lawyers?” – Early Isaac Brock Society

We can't trust the IRS – But can we trust the accountants and lawyers? http://t.co/bt6AXQ0Gyt

The post is a comment responding to the blog post – IRS issues Fact Sheet For U.S. or dual citizens residing outside of the U.S., to which Petros commented : They [the IRS] can’t be trusted when they talk about reasonable cause, because they don’t really indicate what reasonable cause is. As I said in the post – the trust issue is huge. But, the trust issue exists with respect to both the IRS and the accountants and lawyers who have been involved in this (often giving advice that was clearly of benefit to the accountant/lawyer and not necessarily to the client).

Like Loading...
« Which will come first: A decision in the FATCA legal challenge or the first exchange of info?
We are now preparing for the 2016 FATCA IGA Charter trial in Canada Federal Court »