Here is a cross-post from https://adcsovereignty.wordpress.com/2015/08/05/the-adscovereignty-fatca-lawsuit-is-underway-thoughts-on-day-1/

The @ADCSovereignty #FATCA lawsuit is underway – thoughts on day 1 and more
Posted on August 5, 2015 by adcsovereignty

We can learn a great deal from John Le. Carre and from Warren Buffet. Read on.

Nevertheless, most of the wisdom in the world comes from reading bumper stickers. 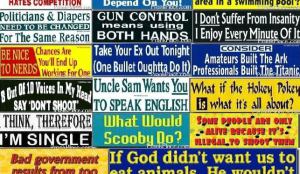 Wisdom does not come from “Elevator Rumors”. Specifically, I saw the following comment on the Isaac Brock Society site:

Reason to have more donors involved and to dig deep:

(Sleep well everyone — tomorrow will likely be another emotional roller coaster day.)

Well, I suppose this is true. The Judge will almost certainly “reserve judgment”. This means that the decision won’t come down for a few weeks. So, yes it’s true that (as a practical and factual matter) the “Judge’s ruling not coming until lawsuit actually funded”. It will probably be a few weeks until the ruling comes down. During that few weeks I am sure that the final $100,000 funding goal will be reached.

But, the Judge will rule WHETHER the lawsuit is funded or not. As another commenter on Brock said:

RE: “Can the elevator ruling be correct ? I don’t understand how it is of any concern of the Judge whether we have paid the last 4.x% of the fee BEFORE he issues his ruling. That surely is a matter between our Attorneys and ourselves.”

No worries. I’m sure that comment was a humourous poke from one Brocker to others (particularly those who haven’t contributed yet) to send a contribution to ADCS. The Judge has no idea of how or to what extent a party to the litigation before him was funded. That’s definitely a private matter in Canada.

Thanks for sharing your prayers this morning too.

Either way, it’s time to meet our $100,000 goal. So, come on … Really, this whole thing has been funded on the backs of repeat donors and many (but not all) people of modest means. Yet, the comments from Brock make it clear that there is WORLD INTEREST what’s happening on August 4 and 5 in Vancouver. It’s pretty clear that many of those who “have the most to lose” are doing the “least to support this lawsuit”. So, come on. It’s time to step up up to the plate. You get my point …

Speaking of the Judge’s Ruling …

The Judge (Justice Martineau) appears to be very sensitive to the date your banking information may be transferred to the IRS. He has given (in various contexts) indications that he realizes that his decision needs to be rendered prior to the “CRA to IRS Turnover Date”. This realization has influenced the proceedings in various ways (including denying the government’s motion for an adjournment).

What happened? On the flow of the day …

My thoughts in a broader and more general sense …

I have always felt that both “listening to” and “deciding” this case would be a nightmare for a single judge. That said, I am very pleased with the Justice Martineau. I say this for the following reasons:

1. He is working hard (and I thing gets it) to understand that FATCA affects Canadians who happen to also be U.S. citizens. He understands (I think) that the primary impact of FATCA is Canadian citizens and residents.
2. He is working hard (and I think he gets it) that the effect of U.S. “Extra-Territorial Taxation” is to subject Canadians to U.S. taxation which could result in double taxation (a point that is flatly denied by the Government lawyers).
3. He is (I think) a Judge who is experienced in a number of areas of law and understands that this is NOT JUST an issue of taxation (the Government lawyers are trying to paint a picture of FATCA being just one more treaty in the sea of “information exchange”).
4. My impression of him (rightly or wrongly) is that he is an intelligent man who attempts to be fair.
5. He clearly has spend considerable time learning about the broad issue AND he is seeking to learn more!

The lesson from John L. LeCarre’s “Russia House” – You can learn a lot by the questions that are asked … 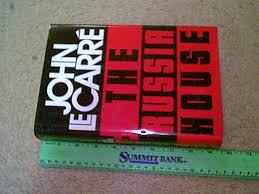 For me, the most interesting part of the day was actually at the beginning. Justice Martineau began by asking the lawyers to explain where, in the Constitution of Canada, the Government of Canada received the authority to enter into the IGA. In others words what precise section of S. 91 of Canada’s Constitution allowed the Government to do this at all.

This was interesting to me for two reasons:

A. It demonstrated that he recognizes that there are constitutional limits on what the Government of Canada can do; and
B. It recognized the issue of whether the FATCA IGA could bind provincial credit unions (at least this is what I think he was getting at).

In any case, it’s very encouraging that Justice Martineau addressed the question of:

What allows the Government of Canada to enter into the IGA at all?

Joe Arvay and David Gruber did a superb job. The issue in this “Summary Trial” is whether the FATCA IGA can be authorized/justified under the existing Canada U.S. Tax Treaty. To this end, Team Arvy had to explain:

I believe that they made the argument about as well as it could be made (this does NOT mean that the Judge will agree). But, the argument was well made. What impressed me most about Mr. Arvay’s discussion of the FATCA IGA, was that his description “hit the sweet spot” of: 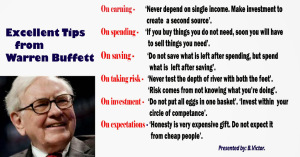 Joe Arvay and Warren Buffett both understand the “just enough, but not too much principle”.

Although our cause is just, the case is legally complex and the legal arguments are difficult. We all know that we begin with a presumption that the FATCA IGA will be upheld. Sorry, but that’s just reality. Anybody with a U.S. place of birth who lives outside the United States is now subject to oppression and persecution. It is incumbent on those who are oppressed and persecuted to reclaim their dignity, reclaim their rights and reclaim their freedom. That’s just the way it is.

The Government could have selected a better legal team. My impression is that the Government lawyers do NOT understand the broader implications of FATCA, that FATCA is an issue that affects ALL Canadians, that FATCA burden’s Canada’s sovereignty and most importantly that:

This will be appealed. It will continue for a long time. That said, this group of “government lawyers” has the capacity to “snatch defeat out the jaws of victory.”

It’s significant that there are people there. There are people watching. It’s shows that people care. It makes it clear to Justice Martineau that his decision will affect the real lives, of real people in real ways.

This can never be a bad thing!

Conclusion, so far so good …

Today is August 5, 2015. Four years ago – on August 5, 2011 – the compliance industry was “herding people” into the IRS OVDI program. The “push back” is beginning. Today is day two of the hearing. I will keep you “posted” (okay, bad pun intended).

P.S. Speaking of bumper stickers, how about these:

or if you don’t agree then: 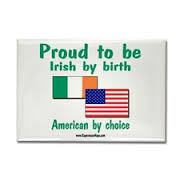