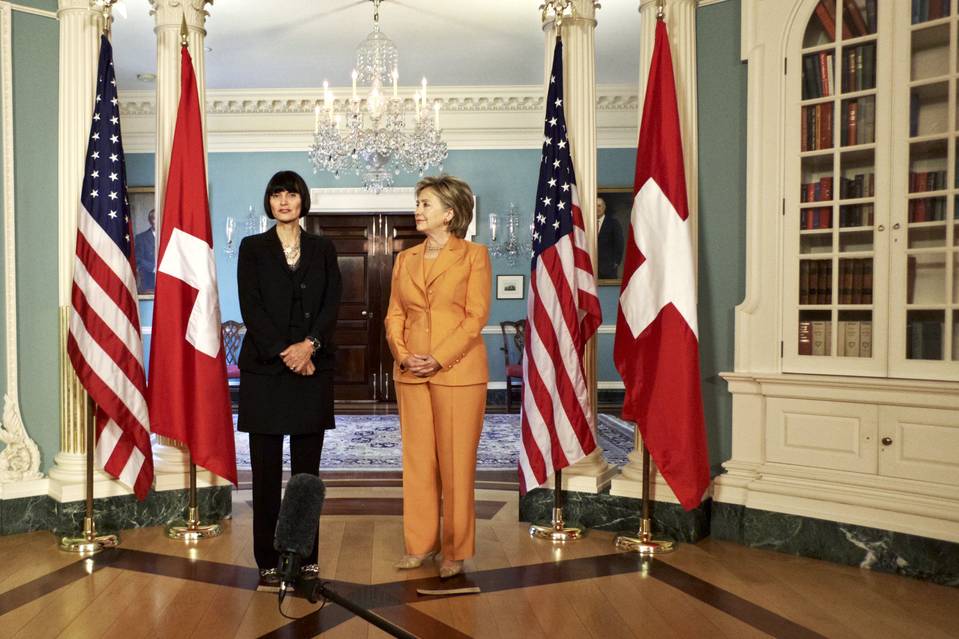 An eyebrow-raising article in the Wall Street Journal reveals details of secret 2009 negotiations between then Secretary of State, Hillary Clinton, Swiss Foreign Minister Micheline Calmy-Rey (pictured above with Clinton on July 31, 2009) and Swiss banking giant UBS AG. The article reports that Clinton personally intervened in the massive lawsuit launched in 2007 by the IRS to obtain the identities of Americans with secret bank accounts at UBS. Ultimately, only 4,450 accounts were turned over to the IRS of the 52,000 originally sought by the agency. Coincidentally, UBS contributions to the Clinton family’s charitable Clinton Foundation increased tenfold over the next few years while Bill Clinton’s top source of corporate income for his paid speeches was UBS Wealth Management.

The UBS case, of course, is widely considered to be the primary catalyst for the introduction of FATCA legislation in early 2010, and the subsequent IRS crusade against Americans overseas. While it is too early to ascertain how Clinton’s involvement with UBS may have influenced the final drafting and implementation of FATCA legislation, it certainly renews speculation about exactly how and why overseas residents became swept-up in an IRS effort that was supposedly aimed exclusively at suspected tax cheats living in the US.

Fair to conclude that this story is just beginning to unfold. It could take quite a while to unravel all the quid pro quos in this one.