“Repealing “Citizenship Taxation”: The difficult we do today, the impossible takes a little longer”. 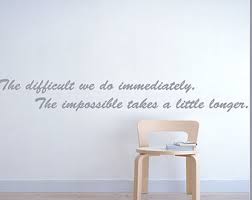 which starts out with:

The Alliance For The Defence of Canadian Sovereignty is prosecuting a lawsuit against the Government of Canada. The lawsuit is for the purpose of “striking down Canada’s FATCA IGA”. The Canada FATCA IGA lawsuit is providing citizenship leadership and FATCA education for the world.

I would add that it was evident that some people at the meeting have suffered significant mental anguish, either now or in the past. These are good people, who had tried as US citizens to do the right thing, but who have been stymied by rules and complexities of the IRS code which, to paraphrase John, “no rational person would ever have suspected or guessed would remotely be true”.

I find the damage to mind and body to be one of the most heart-rending things about this whole mess. Someone wrote to me recently, “So I’m not alone in my panic!! Yeah, there’s been plenty of sleepless nights. Just can’t get it out of my head.” Many reading have had that experience.

I am waiting for the day that someone in government finally notices and apologies, perhaps admitting, “We tortured some folks.”

In the short term, the implementation of FATCA will exacerbate the “pain”. On the other hand, the “pain” may be the necessary impetus for change. In order for there to be “change”, there must be some discussion and analysis of the issue. In order for there to be analysis, there must be awareness of the problems of “citizenship taxation”. That’s the reality of what has been unleashed by FBAR, FATCA, PFIC, CFC and the whole “Alphabet Soup” list of provisions which have changed the lives of Americans abroad.

The good news is that awareness of “citizenship taxation” is growing. The awareness is “growing” largely because of the efforts of Americans abroad (including those who identify as Americans abroad and  “accidentals” who simply do NOT regard themselves as Americans). The following groups (working independently) have been responsible for this awareness:

9. It is encouraging to see that “citizenship taxation” is being considered in law school classes. Two recent examples include:

A. The tax policy and law workshops at the Peter A. Allard School of Law – University of  British Columbia. On Friday February 27, 2015, Professor Ruth Mason discussed her recent paper on “citizenship taxation”.

B. The Tax Policy and Public Finance Colloquium and Seminar run by Professors Daniel Shaviro and Alan Viard of NYU law school. On Tuesday March 3, 2015 Professor Ruth Mason was in attendance to discuss “citizenship taxation”.

Professor Shaviro’s perceptions of “citizenship taxation” (based largely on the Mason presentation) appear as a separate blog post here.

His post identifies (and categorizes) many of the “theoretical concerns” of “citizenship taxation”. He begins by saying:

Yesterday at the colloquium, Ruth Mason discussed her paper, Citizenship Taxation.  I enjoyed reading it enough to conclude that I may want to write about this topic as well.  (I generally agree with the paper, but it’s a rich topic and perhaps a fruitful area for me to deploy some of my interests and approaches.)

His post contains 10 interesting points. I would like to identify what I consider to be the most interesting and important two…

U.S. “citizenship taxation” is a problem for:

1. The individuals affected by it.

2. The countries where U.S. citizens reside which are required to accept the capital outflows inflicted by “citizenship taxation”.

In 2009 few would have imagined that the problems of “citizenship taxation” would be given the attention that they are today.

As they say in the Marines:

“The difficult we do today. The impossible takes a bit longer.”

Keep up the great work! Keep the faith!

4 thoughts on “John Richardson, Co-Chair and Legal Counsel of ADCS-ADSC, introduces Professor Daniel Shaviro by saying “It is encouraging to see that “citizenship taxation” is being considered in law school classes.””