Today, I sat down  behind the computer, punched in the requested numbers and ta-dah!  It rejected citizenship-based taxation again, just like it did last year and the year before that and before that and that and so on and on.

After punching in the numbers, the Error Check reported that Americans abroad cannot free-file US taxes if their income is below the Foreign Earned Income Exclusion, since they then have no “Total income”, no “Adjusted gross income”, “Tax”, etc.   In other words, America recognizes that it is utterly stupid to bother people who live and work in other jurisdictions. 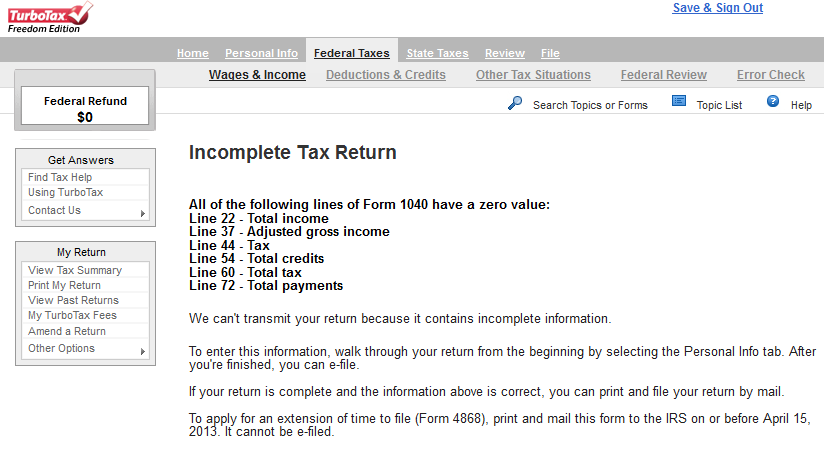 America’s unconditional hatred of citizenship-based taxation is then certified when one clicks to e-file or print the return:

Notice how it specifically states that US taxation is only for people who live in the US:

Like Loading...
« 9-Year-Old Philosopher Ponders the Meaning of Life and the Universe
Salvation lies in becoming a #whistleblower »