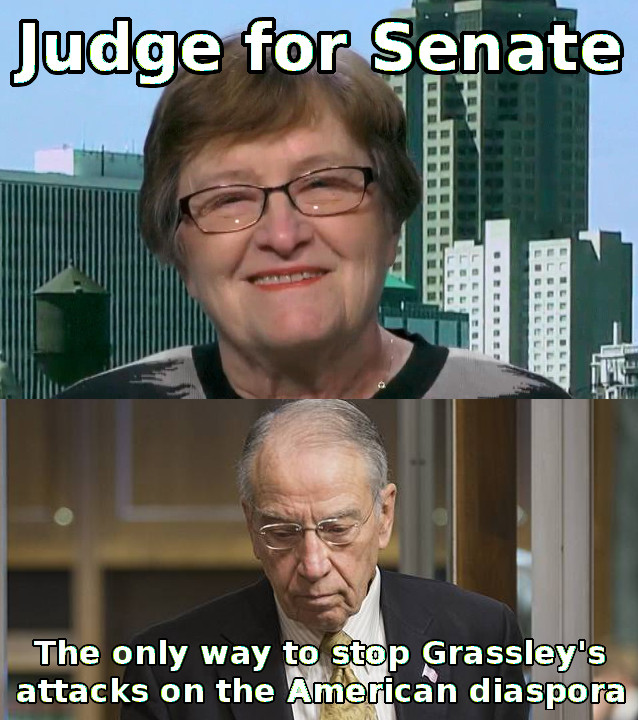 END_OF_DOCUMENT_TOKEN_TO_BE_REPLACED

As USCitizenAbroad pointed out in 2012 (and as Phil Hodgen more recently reminded us), the “Internal” Revenue Code penalises Americans in other countries who want to become homeowners:

The main reason this occurs is the absurd tax law definition of “functional currency”: U.S. emigrants must pretend for tax purposes that they really earn & spend U.S. dollars and realise foreign currency gains & losses in every daily transaction in a foreign country, even if all their income, assets, and liabilities are in another currency. This requirement came into being in piecemeal fashion, scattered throughout various IRS revenue rulings, and was finally given Congressional endorsement and clarification by the Tax Reform Act of 1986. That Act explicitly exempted businesses from this inane requirement; they can pick a functional currency that actually makes sense. (Remember kids, corporations are people too, except when it’s more convenient for them not to be.)

In drawing up the 1986 Act, Congress examined the confused state of regulations & case law on foreign currency transactions, identified problems for both businesses and individuals, and fixed businesses’ problems while refusing to fix individuals’ problems. One new provision which Congress enacted to address multinational businesses’ issues — “integrated treatment” of hedging transactions, 26 USC § 988(d) — could also have fixed the mortgage “phantom gains” problem. However, Congress explicitly stated their intention that this new provision be “inapplicable to exchange gain or loss recognized by a U.S. individual resident abroad upon repayment of a foreign currency denominated mortgage on the individual’s principal residence”.

The same year, Congress also passed the Immigration and Nationality Act Amendments of 1986, which would drastically expand the number of cases of dual citizenship among the American diaspora. Guess who was the one Senator who was in the perfect position to be closely familiar with both bills and thus to understand their combined impact on the diaspora?

END_OF_DOCUMENT_TOKEN_TO_BE_REPLACED

Many “U.S. Persons” outside of the U.S. are aware of the Reed Amendment — an incoherent & unenforceable 1996 law which makes former U.S. citizens inadmissible to the U.S. if the Attorney General determines they renounced citizenship to avoid taxes — and Chuck Schumer (D-NY)’s attempt to make it worse in 2012 with the Ex-PATRIOT Act. But in the years between, there were nearly two dozen other attempts to pass a different law which also would have exiled former U.S. citizens:

Ineligibility for Visa or Admission To United States.—

(E) Former citizens not in compliance with expatriation revenue provisions.— Any alien who is a former citizen of the United States who relinquishes United States citizenship (within the meaning of section 877A(e)(3) of the Internal Revenue Code of 1986) and who is determined by the Attorney General, after consultation with the Secretary of the Treasury, not to be in compliance with sections 877A and 2801 of such Code (relating to expatriation).

This provision appeared in something I’ll be referring to as the “Baucus Amendment”, after its author Senator Max Baucus. Another piece of the Baucus Amendment created the current 26 USC § 877A expatriation tax, which has been the subject of a great deal of popular and academic attention. But the above-quoted piece of the Baucus Amendment (which I hereby dub “Baucus’ Reed Amendment fix”) has no better-known name; as far as I can see, it’s generally gone unnoticed in the popular press and even tax scholarship (the only person I’ve seen mention it is Michael Kirsch, in his 2004 paper “Alternative Sanctions and the Federal Tax Law”).

Baucus is a Democrat from Montana; however, he wouldn’t have succeeded at getting this provision inserted into so many other bills without help from Republicans on the Senate Finance Committee, in particular Chuck Grassley (R-IA).
END_OF_DOCUMENT_TOKEN_TO_BE_REPLACED

As reported by the Wall Street Journal, Jim DeMint will step down from his position as junior senator from South Carolina to become the head of the Heritage Foundation, a conservative think tank.

For those of you not familiar with his name, DeMint deserves credit as one of a small number of Republicans who fought back against Chuck Grassley (R-IA)’s midnight sneak attack on U.S. persons abroad in the Tax Increase Prevention and Reconciliation Act of 2005. In the aftermath of that bill, DeMint realised the contents of the so-called “Tax Increase Prevention” he had voted for, and sponsored two bills to undo Grassley’s obsessive handiwork and make the Foreign Earned Income Exclusion unlimited: S.3496 in 2006 and S.1140 in 2007. Unfortunately, those both went to the Senate Committee on Finance, where they were left to die by the Committee’s chairman … Chuck Grassley.

At the Heritage Foundation, DeMint will replace Edwin Feulner, who has also on occasion spoken out against taxation of U.S. Persons abroad.

S. 1813, the highway (robbery) bill with amendments that let the Treasury Department ban credit cards from non-FATCA banks and give the IRS the power to take away expats’ passports, passed the Senate by a vote of 74-22 with 4 abstentions. The bill will now go to the House, where it will face off against H.R. 7, a competing surface transport bill by Rep. John Mica (R-FL).

END_OF_DOCUMENT_TOKEN_TO_BE_REPLACED

Recently, reports have surfaced that drug dealers are abandoning the U.S. dollar in favour of a cleaner, more liquid medium of exchange. From The Daily:

Tide has become a form of currency on the streets. The retail price is steadily high — roughly $10 to $20 a bottle — and it’s a staple in households across socioeconomic classes. Tide can go for $5 to $10 a bottle on the black market, authorities say. Enterprising laundry soap peddlers even resell bottles to stores. “There’s no serial numbers and it’s impossible to track,” said Detective Larry Patterson of the Somerset, Ky., Police Department, where authorities have seen a huge spike in Tide theft. “It’s the item to steal.” …