FYI -01 OCT 2017
I submitted my letter 1 hour late/on Oct 1 and it was accepted. Please keep them coming 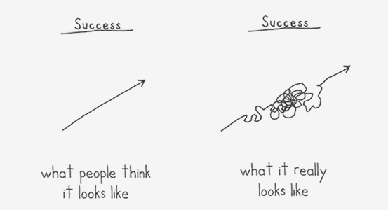 In the last few weeks there has been a plethora of posts, comments and articles about tax reform, and whether or not the issues of non-resident Americans have been addressed. There have also been calls for letter-writing campaigns; the response has been disappointing. Many reasons have been suggested as to why more have not contributed to this effort. The prevailing point of view seems to be that it won’t do any good, it’s pointless, etc. Nobody understands this feeling better than those who have spent countless hours working to promote change. Please think about that for one moment. Would it be acceptable for the visibly active people to just decide, “well, this isn’t doing any good so I will just not bother anymore.” The problem with this way of thinking is that it is based only upon an expected result. Of course anyone who is engaged in an effort wants to see their goals reached. But that is rarely what happens in life; anyone who is married or has children well knows the compromise required, the sacrifices that have to be made to make a household run, for children to thrive, for a family to function well in the world. Life is messy, random and confusing.

I think the value of this post lies in it’s recognition that this process is not perfect. It is not predictable down to the nth degree. It is not instant. It is definitely not easy. But without it, there cannot be a result that achieves change. THAT is why your letters are needed. They will pave the way for the shift to begin. There is no substitute for it no matter how well-written a submission is, how many hours someone puts in presenting meetings, etc. What is needed is your signature on a petition and a letter that Solomon and Michael can deliver to the White House on Tuesday. You can even just sign the pre-made letter-what counts here more than anything, is numbers. Crass? Maybe, but it is what it is. There is still time to sign the dotted line on these two items. Please help by doing these two simple things.

If you need inspiration, please read and digest the post below. If you came to the expat movement just recently, you may be unaware of all that has been done. The post speaks to what HAS been accomplished in the last 5 years and what must continue. Giving up on this hideous, painful and expensive situation is simply not an option. We have built a community, a grassroots movement which is making history. We will likely not see another opportunity like this one for a long time. It is so very important not only for our sakes but for our kids and our adopted countries. Please don’t take a back seat now.

NB-In the expanded list, I wish to point out that there is no intention to demean or minimize the groups that existed long before our entrance- ACA, AARO, FAWCO, DA by leaving them out. I was only vaguely aware of their existence prior to my OMG moment and am not familiar enough to outline all they have done. It also would make the post very long. I do believe it is fair to say that our entrance was a game-changer so am focused on that………

cross posted from the Isaac Brock Society
a comment by USCitizenAbroad

@Embee sums it up very well:

I found a quote from J.R.R. Tolkien today which made me dream a little dream of anarchy. I’m sick to death of control, no matter who or what is the purveyor and/or enforcer of it.

“The most improper job of any man is bossing other men. Not one in a million is fit for it, and least of all those who seek the opportunity.”

We can’t just sit back and wish for freedom though. There may only be a slim chance of anything of significance to us coming out of US tax reform but if we don’t push our particular concerns forward in whatever manner is made available to us, slim becomes zero.

Solomon and Michael need petition signatures and letters. I hope they get enough in time.

The comments in this thread have reflected a diverse collection of views. The RO proposal has been severely criticized for various reasons (mostly revolving around the taxation of nonresident aliens). It’s true that the RO proposal has many flaws.

“That said, I think it’s important to recognize in broad terms, that the RO proposal will change the impact of CBT as it currently stands. The proposal is at least a start and that start is described as “Territorial Taxation For Individuals.”
It is possible (and I think advisable) to support the broad principle of changing CBT without necessarily agreeing with every aspect (or any aspect) of the specific RO proposal. Some of you may have read the most recent ACA proposal which does a good and interesting job of explaining what “territorial taxation” (borrowing from the language of the RO proposal) could mean for individuals. (Interestingly what “territorial taxation” COULD mean for individuals is what most of us think of as “residence-based taxation”.)

The Isaac Brock Society began in 2011. Since that time, the following things have happened or are happening. All this would have seemed to be nothing more than a fantasy in 2011.

– 2012 FATCA Forum in Toronto (transcripts & vidweos at this link) While naysayers wrote this off since it did not draw crowds, this meeting brought together a set of people whose influence has been enormous. It paved the way for the testimonies given at the Canadian FINA hearings-setting an example for others, spreading information in spite of the fact our politicians did not/would not listen.

– 2013 submissions to the House Ways and Means Committee

– 2015 live meeting with staff of Senate Finance Committee in DC

– 2015 –ADCT formed to explore litigation against CBT in US courts

– 2016 – French Commission report acknowledging the effects of U.S. extra-territorial legislation on other countries

– 2016 Nigel Green teams up with James Jatras to form #FATCA lobby Fantastic letter to members of
Congress with 25 signatories including Mr. Green and Mr. Jatras, Andrew Mitchell and Grover Norquist

– 2017 Recent testimony in front of the European Parliament

All of these achievements (and believe each and every one of these things is a HUGE achievement) involved the tireless efforts OF A VERY SMALL GROUPS OF INDIVIDUALS. But, these SMALL GROUPS OF INDIVIDUALS RECEIVED THE WIND IN THEIR SAILS FROM A LARGER GROUP OF PEOPLE WHO SUPPORTED THESE INDIVIDUALS. This support can from encouragement. This support came from small individuals, who did small things, often by writing small letters (see for example: http://fatca.eu.pn). This support came from the willingness to do the small things that are necessary to make the big things possible!

A necessary condition to change these laws is to make those involved in Tax Reform:

1. Aware of what these laws are

3. Aware that there is significant awareness and opposition to these laws.

On October 2 two members of RO have made it clear that they will be having direct interaction with those who can make a difference in tax reform. They are asking for your support in doing ONE THING. That ONE THING is to write and “support territorial taxation for individuals”. You don’t have to support their specific proposal to support “territorial taxation for individuals” (which in its most basic terms is a move away from CBT). The purpose of the exercise is to make it clear (awareness point 3) that the current tax policies are a problem. Without this awareness NOTHING is possible.

Even with the awareness, change will be difficult. Change will involved compromises. Change will be time consuming and frustrating. Unfortunately, that’s what the democratic process is about. You/we have lived with the problems of CBT. The lawmakers don’t even know that that CBT exists (let alone the problems). For RO to be able to personally deliver these letters could be a huge step in educating the lawmakers. It’s NOT that the lawmakers are supportive of CBT. The lawmakers don’t even know that CBT exists. On this point, think of Rep Connolly in the FATCA hearings where he said something to the effect that: “All countries tax their citizens” (obviously equating citizens with residents).

I am NOT defending the behavior of U.S. law makers or the administration (few have been more critical than I have been and continue to be). I am simply trying to argue that change will require education. Education will require engagement. Engagement requires personal interaction.

Your sending a letter and/or signing the petition will help RO achieve the personal interaction that they need to engage and educate. If you care about this issue at all, then you must participate.

I don’t believe that the mere fact of sending letters or signing petitions will make a difference. But, I do believe that WITHOUT YOUR EFFORTS and support that NO CHANGE IS POSSIBLE. “Therefore, you are really deciding whether you want to act in a way that makes change possible or to act in a way that makes change impossible.”It’s your choice. This is NOT about supporting a specific proposal. “This is about behaving in a way that opens the door to discussion about change.”

If it matters, I am not a Republican. I am not a Democrat. To the extent that I am political, I would be an independent. I am not primarily a U.S. citizen. So, these comments are not partisan. But, I am deeply committed to the struggle to getting these unjust laws changed. Furthermore, I believe that change can happen ONLY if all those affected create a united front in opposition to CBT. It is the opposition to CBT that unites ALL Americans abroad.

It’s very simple really. Where laws are made through a democratic process: If you don’t make your view known you can’t expect change.

The lack of response to the request for letters makes it clear that Americans abroad are NOT willing to support this important move towards the abolition of CBT. Why not? You don’t have to support every aspect of the RO proposal to support this RO initiative.

This is not a political issue! It is a human rights issue that can be remedied through the political process!

39 thoughts on “The Value of Participation is not about the Result; it Paves the way to Awareness & Education which must come First”