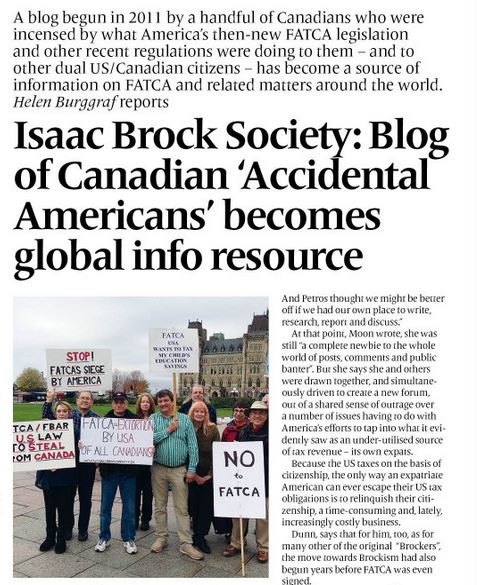 The Isaac Brock Society is a direct response to the Obama administration’s criminalization of innocent expat behaviour. Helen Burggraf has written a great article in International Investment, telling our story.