A Series of Posts to Explain the Anger and Vehemence Fueling the anti-FATCA, anti-IGA & anti-CBT Movement

Streamlined, as inadequate as it is, would not have come to be were it not for the blood spilled by these in OVDI. https://t.co/lgEJ1RQYnS

This post was written approximately 3 months after the mass hysteria (there simply is no other word for it) of late Fall 2011. Brock was less than a month old. We had only just started to gather information, starting at the ExpatForum. Renunciation was a very scary topic only slightly less than the terror of imagining losing everything due to FBAR penalties. IMHO, FBAR will prove to be the number one issue that fueled the expat movement, hands-down.

An excerpt from January 5, 2012 post from the renounceuscitizenship WordPress Blog

PART I: The Players

The Taxpayers Part 2 – Those who ventured into OVDP/OVDI

As usxcanada recently said, anyone who cannot guess right away who the above terms come from, needs to learn some Brock History! 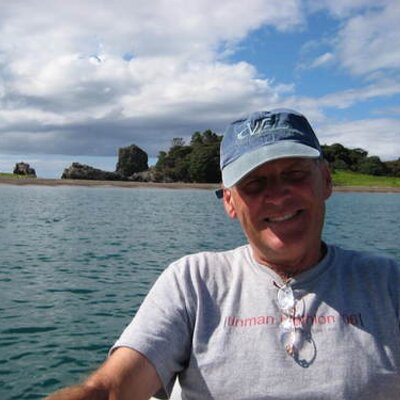 After a much-earned vacation from years of FUBAR expat life, “Just_Me” (Marvin van Horn) may not be posting and tweeting much anymore but those of us who were lucky enough to have “known” him cannot help but smile. He was nothing short of a human dynamo, completely wound up in communicating our plight to everyone and anyone.I remember wondering if he ever slept; he would be online when I first got up in the morning and seemingly still there when I would get to bed in the wee hours of the next morning. He was omnipresent! It didn’t seem to matter whether he was in the U.S., sailing on his boat or at home in New Zealand. Marvin was the reason I learned Twitter. Marvin was the reason I joined LinkedIn groups. He taught me how to make a link. He was the reason many of us knew about the Taxpayer Advocate. He educated us about how horrible it was, to enter OVDP. Above all, he was a true example of what a real person is; he was not bitter in spite of an absolutely miserable experience; “took responsibility” for not being aware of filing; tried to do the “right thing” putting himself at great peril. He devoted himself to the “cause” and refused to let it ruin his life. I cannot recall ever hearing anyone having a bad thing to say about him.

To the best of my recollection, Marvin had been posting on Jack Townsend’s blog and when Peter read his comments, he invited him to become an author at Brock. For Marvin, the 2009 OVDP program was an 851- day process. I have taken excerpts from a couple of his posts to try and capture his story: OVDI drudgery for minnows and Letters to Shulman or a case sudy of OVDP communication attempts with the IRS

Rightfully or wrongly, I came to the conclusion that joining the OVDP was my only option. My logic was probably flawed, but it went like this…

Prior to the moment I heard about the IRS program on NPR during the family visit back to the Seattle area, I didn’t know that a FBAR existed or understand foreign income reporting requirements. Those considerations never enter your mind when you are sailing the Pacific in a small yacht, or gardening in NZ. Maybe that represented some due diligence failure on my part for not staying fully aware of all the complex tax rules and reporting requirements even for my simple existence. I had never visited the IRS.gov web site in my life.

From that moment in late September, 2009, until I submitted my letter in October 12th there was a very stressed and compressed journey. First I had to convince my wife this was something that we could not ignore and had to do. There was the scramble for knowledge. I had to search out attorneys, and CPAs for a cram course of discovery of what my obligations were. There were returns to amend, and the almost unfathomable foreign tax credit form 1116 to complete that the CPA couldn’t even do correctly. There was a long distance bank record compilation effort that was extremely difficult to do in the time frame I had. There was the embarrassment of your predicament which meant you didn’t want family and friends to know. Then came the very hard, emotional and lonely decision which ended with you walking into the Seattle IRS Criminal Investigation (CI) division offices feeling like a criminal. I did all that, because I had reluctantly came to the conclusion, that once I was aware of my failures and aware of the IRS program, I had knowledge and could not escape it.

I KNEW! Therefore, now, I had to do the right thing.

So, what was the choice given my knowledge? To me, None! I had to enter the OVDP. My big mistake was assuming that the IRS would realize that I was a Minnow and not subject me to the harsh 20% penalties. I naively thought my appeals to Shulman would result in logic and reason prevailing. They would do the right thing, and not treat me as a Whale. How wrong I was!!

In the end, it was the “discretion” implications of FAQ 35 that finally got me some relief with the much appreciated help of the TAS. It took 26 months from entry in the OVDP to 906 closing agreement signatures. Without the TAS, I was fish fertilizer! 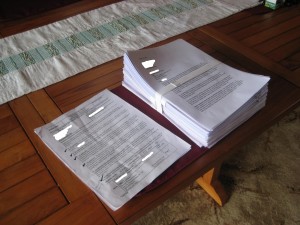 Current Situation: After a long distance drawn out process, via mail and phone calls to and from New Zealand (no email allowed), I am now in the 20 day countdown (12 days left) to decide to “Opt Out”, or be thrown out of the OVDP into an “irrevocable” program of great uncertainty.My current 906 settlement statement calls for an OVDP penalty of ~$172,000 (plus interest and 20% accuracy penalties on our amended returns) for a tax failure of <$21,000 over a 6 year period.  The taxes have been paid in full with interest and penalty.

We were not the target client of the OVDP program, as we have repeatedly pointed out. We were not deliberately moving ill-gotten gains or unreported income to foreign accounts for the purpose of hiding funds in secret Swiss UBS like accounts out of reach of the IRS.

Instead we were just simple expats and immigrants who are not financially sophisticated and weren’t aware of the rules. I understand the IRS position, that arguably, we should have been. That is your world. You are the technocrats that live your lives immersed in rules and regs at IRS.gov. We do not. We were living plain vanilla non extravagant lives in semi-retirement in New Zealand, which is not exactly a banking haven for tax cheats as there are no bank secrecy laws. We were negligent, maybe, but not criminal and never heard of a FBAR prior to September 2009.

Now setting aside any technical or legalese considerations of willful vs non willful, or reasonable cause vs just plain negligence, does the amount of $172,000 seem like a reasonable penalty for a tax failure less than $21,000 that was voluntarily disclosed and paid? Really?

The reason my OVDP penalty seems extreme as compared to the tax errors is technical. The rules of the program allowed (actually required) the “Technical Adviser”, who has no discretion, to include my retirement home, where I am living, in the highest gross aggregate calculation! Why? Because it generated some non substantive holiday rental income in 2003, 2004, 2005, so it is included. If there had been no income, it was not included. There are no de minimis rules, or intent of ownership. If there is $1 of income, it is included. End of Story! Black and white! No Discretion!!

In the current 2009 OVDP program, the IRS created penalties totally divorced from the tax or compliance failure. It is just a uniform 20% of the high aggregate account balances and some assets. That is why we now find ourselves subject to a non discretionary penalty for a tax failure of < $21K over 6 years as compared to, say, Tim Geithner’s tax failure of >$42K. His penalty – nothing. Ours – $172K. I hate to bring in this example, but what is wrong with this picture?

To their credit, my examiner and her manager spent a lot of time trying to determine if they could remove my house value from the penalty structure because they wanted to be reasonable on penalty application. But they were over ruled by the “Technical Adviser.” No discretion allowed!

later……
Also, she advised that I should calculate FBAR penalties outside the OVDP as per the IRM based upon each account having a FBAR penalty. Would they double count? First she says, of course not, and then after a conversation with her “Technical Adviser”, she calls back to say, yes they will double count accounts. What?!

So, if the same money is in two different accounts in the same year, I am to calculate two FBAR penalties. Example. If my $10,000 CD rolled over to a new CD during a year, it would have to be counted twice as $20,000 in the high aggregate because technically two accounts apply when the new CD with new suffix is issued. Go figure.

After I mailed my letter to Shulman, and with 11 days left to “Opt Out” or be “kicked out” decision , on June 30th, I emailed the TAS offices of Nina Olson. 24 hours later I received a call back setting up a conference call. Also on the 30th, I finally got a hold of Victoria Gally and she arranged for a conference call on July 5th. The TAS joined in, and that was the beginning of the end of my ordeal. Below is the correspondence that followed.

August 5th, 2011 Below is a copy of the TAS FAQ35 appeal made by the TAS on my behalf to the IRS Examiner. After the TAS issued a Tax Advocacy Order (TAO) shortly after July 11th, my examiner suddenly found some discretion, and offered to lower my penalty from $172K to $115K . The Advocate Case Officer did not think that was good enough, and it was their opinion that the maximum penalty should be $25K as probably the best deal they could get out of the IRS examination department. It was their decision to counter the $115K with a $25K offer.

August 23rd, 2011. I wrote a letter to my examiner and sent a check for $25K, which was the negotiated settlement between the TAS and her office on August 18th. Given the stress and the high level of penalties that I was staring at, $172, I was so relieved that I felt that this was the best deal I was going to get, thus it was probably reasonable and fair, given the IRS FBAR environment and mindset. As time as passed, I now think I left too much money on the table. It wasn’t fair, but in the end, mine was a business decision to bring the nightmare to an end.
….There is something intimidating about the whole process that makes you feel guilty, even when you know you are not. My approach through out the process was to keep it from becoming personal and stay away from acrimony that might add to my problems.

After 851 days, from entering the OVDP in 2009, I was informed by the TAS officer today, that the IRS has issued a refund check to clear all reconciliation items from the OVDP examination. Tomorrow they are mailing me a check for ~$3000 dollars which includes roughly $250 of interest for overpaid taxes. (actually received two treasury checks yesterday for $3925.01 which was more than I expected.

« Allison Christian Interview – Lessening the hardship inflicted by FATCA
#CookvTait: Does the FEIE available to #Americansabroad discriminate against Homeland Americans? »