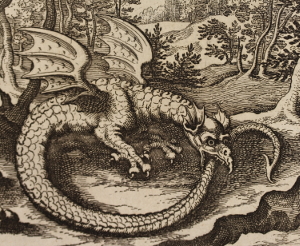 For what it’s worth, Lin Ruey-shiung showed up in the Q1 2012 published expatriates list, about six months after the above article was written. Appearing alongside him was fellow Taiwan politician Kuan Chung-ming, who should have renounced a long time ago back when he was on the board of directors of the ROC Central Bank, but didn’t. Homelanders of course focused on a tiny number of well-known Homeland whales in that list, while ignoring the far-more-numerous and utterly unknown people who just wanted to live their ordinary lives outside the United States. Google some names and you’ll find logistics managers, university professors, and even some young Singaporeans just starting out in their careers.

Unlike Taiwan, South Korea, or the United Kingdom, the U.S. has no accelerated procedure for restoration of citizenship. Rather, ex-citizens must go through the same green card & naturalisation process as other aliens. However, if you’re married to a U.S. citizen, that process is greatly abbreviated.

I’ll discuss the history of what I’ve translated here as “diaspora representatives” in more detail in a future post, but here’s the 10,000-metre overview: six seats in the Legislative Yuan are reserved for “diaspora representatives”. However, these are not filled based on actual diaspora voting, neither by the “old diaspora” (briefly mentioned last time: overseas Chinese who retained allegiance to the old ROC and are still considered nationals by Taipei, but lack “rights of citizenship” in Taiwan and generally have never lived there) nor the “new diaspora” (expats who are actually from Taiwan, and their kids). Rather. the seats are assigned to party lists proportionally based on the election results in Taiwan; the parties fill the lists with members of the diaspora (usually, the “new diaspora”).

The Kuomintang once hoped to implement a system of diaspora electoral constituencies resembling what France has today, but for various reasons, their plans never came to fruition. Still, the current system in Taiwan at least gives some members of the diaspora a direct voice in the legislature. In contrast, the U.S.’ byzantine system arbitrarily splits up the diaspora based on states where they lived long ago or where their parents once lived, denies the vote to those who never lived in the U.S. and who ended up assigned to states which don’t bother extending the vote to the second generation of the diaspora, and also denies the right to stand for election by requiring you to be an inhabitant of a state in order to get elected.

In any case, this is the kind of job for which the three men discussed later in the article gave up their U.S. citizenship.

Though I’ve previously written about known examples of U.S. government officials harassing ex-citizens, even I have to admit it’s fair for a Customs & Border Patrol officer to be suspicious of a person who renounced U.S. citizenship and then shows up at a point of entry holding a U.S. passport. CBP probably jumped to the conclusion that such a person might be an identity thief rather than a genuine re-naturalised U.S. citizen. Since the former are far more common than the latter, this seems like a reasonable mistake to make, at least once.

Of course, since ex-citizens who obtained CLNs are specially flagged in State Department & CBP computers, cases of identity theft against them are all easily detected. The bigger danger comes from identity theft against accidental Americans who have not obtained CLNs. And under FATCA, this kind of identity theft is going to increase drastically: banks with poor security are sending threatening letters to — and gathering up data from — accidentals who have no practical connection to the U.S. and have never held its passport. Some of these poor folks are now struggling to apply for Social Security numbers for the first time to comply with the “Internal” Revenue Code.

The vast majority of them will use their newly-minted SSN for nothing else besides writing it at the top of IRS forms; they will not notice if someone steals it and uses it to obtain credit, or social services, or even a U.S. passport under their name. And if Homelanders are very lucky, the identity thieves who steal these accidental Americans’ data from insecure FATCA-ed banks will sell the data only to economic migrants who want to work in the U.S., not violent extremists who want to attack it.

Stupid rumours with no basis in fact — whether spread by word of mouth or by ignorant people on the Internet or by famous newspapers — have real consequences. There’s simply not enough evidence to decide whether naturalised or native-born Americans face more suspicion in the extremely-rare event they try to get green cards or reapply for citizenship. The number of recent re-naturalisation applicants is tiny; below I’ve listed all the cases of which I’m aware. (This list includes only people who went through the process of obtaining a green card somehow, not people who were able to have their relinquishments reversed.)

When former Queen of Sikkim-turned-refugee Hope Cooke Namgyal tried to get a private bill restoring her U.S. citizenship in 1976, Congresscritters angry at her renunciation pushed for the bill to be amended to grant her only a green card. The bill eventually passed in that form (see 90 Stat. 2976); once she’d held the green card for five years she apparently was able to naturalise again without any trouble, according to a 1981 article in Mademoiselle.

Margaret Randall also faced difficulties in having her U.S. citizen son sponsor her for a green card, but as far as I can see from the extensive opinion in Randall v. Meese, 854 F.2d 472 (D.C. Cir., 1988), the INS’ complaints about her were based not on her former U.S. citizenship but on the pro-Communist political positions she expressed in her published writings, which they asserted made her inadmissible under the former 8 USC § 1182(a)(28)(G)(v). Congress repealed that ground of inadmissibility in the middle of Randall’s legal battle, and she eventually obtained the green card she sought.

Other returnees apparently faced less official opposition, for example Elizabeth Taylor, who renounced U.S. citizenship in 1967, later got a green card, and applied for re-naturalisation in 1977.

All three of these reports of renunciation appear to be confirmed by Federal Register entries (not surprising, since the Federal Register expatriation list was generally pretty complete up until the mid-2000s), and other sources suggest that the above-mentioned individuals indeed lived in California after the dates of those entries.

A profile on the Legislative Yuan’s website gives the English name of Ying Chih-hung (營志宏) as Levi C. Ying. The name Levi Chih-hang [sic] Ying showed up in the Q2 1997 “published expatriates” list. A May 2013 World Journal obituary states that Ying Chih-hung was living in the Los Angeles area. An obituary on the website of an Alhambra funeral home shows a person named Levi Ying resembling that in the Legislative Yuan & World Journal photos, and lists the date of his passing as 29 April 2013.

The 2012 yearbook of the National Taiwan University Alumni Association of Southern California lists a member by the Chinese name of Sun Ing-shan (孫英善) and the English name of Albert Ing S. Sun, who graduated in 1959. The name Albert Ing-shan Sun showed up in the same Q2 1997 expat honour roll as Levi Ying. In January 2014, when the World Journal interviewed Sun Ing-shan about the death of his former legislative colleague Chai Trong-rong (蔡同榮), Sun was mentioned as living in La Habra Heights.

An immigration lawyer chimes in

I may have lost something in translation here: “道德瑕疵” and “道德淪喪” are both possible translations of “moral turpitude”, a term of art in U.S. immigration law. Conviction for a “crime of moral turpitude” is one ground for deportation, under 8 USC § 1227(a)(2)(A)(i); conviction for a crime of domestic violence is another such ground, under 8 USC § 1227(a)(2)(E), but as far as I know the law doesn’t use “moral deficiency”, “moral wickedness”, or any similar term of art to refer to the latter category.

In any case, it’s good to see that Mr. Sheu, unlike most immigration lawyers interviewed on the subject of renunciation, limits his discussion to well-known and clearly-enforced grounds of deportation or inadmissibility, and doesn’t try any scaremongering about the long-unenforced and probably-unenforceable-and-unconstitutional Reed Amendment.

One thing that struck me when reading this article: it was mentioned twice that the people in question applied to get their citizenship back “for convenience”. It didn’t appear to be a matter of identity or loyalty. Patriots might be offended, but I think that’s as it should be: nationality is a legal relationship between you and a government. Your emotional relationship to society is something else entirely. And you’re lying to yourself and other people if you think one of those relationships is either a necessary or sufficient condition for the other.

Like Loading...
« Some countries’ naturalisation laws don’t include absurd renunciation fees in definition of “difficulty abandoning foreign citizenship”
Help Me Keep My April 5 Promise Revisited-We Will Never Forget the IGA Betrayal by the CONs »

23 thoughts on “Re-naturalising after giving up U.S. citizenship”