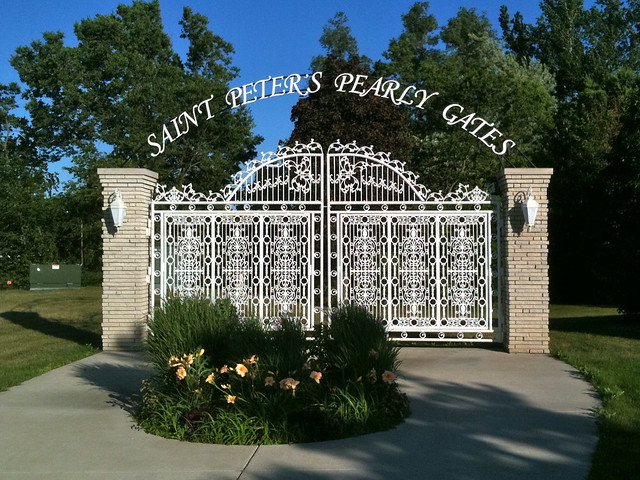 A Canadian dies and arrives at the Pearly Gates. St. Peter greets him and says, “Hey, would you like me to show you around before I take you to your eternal mansion?”

The Canadian says, “Well, I’ve lots of time. Why not?”

So St. Peter takes him up a path to the right of the Pearly Gates and after about a kilometre, they come to a long row of gigantic mansions. And he began to call each by name, “This is where the Belgians live, and that is where the Australians live, and that one is for the Russians—and that one’s for the South Africans.” And he continued like this for quite some time, and finally he came to a house with a large red maple leaf displayed prominently in the front. St. Peter said, “Here, finally, is your eternal mansion.”

Then, the Canuck queried St. Peter with a puzzled expression, “So far you’ve shown me a lot of mansions. I am just curious. I lived in Canada and our closest neighbor was the United States. Where do the Americans go? You haven’t shown me their mansion.”

Then, St. Peter grimaced and said, “Do you really want to see their mansion?”

So St. Peter led the Canadian back the other direction. They retraced their steps all the way back to the Pearly Gates, and there they took the path to the left of the gates and walked about four kilometres. Then appeared in the distance, a solitary mansion on a hill. At that point, St. Peter stopped, turned to the Canadian, and with a pleading voice requested, “Please, once we’re there, you can say “hello” and everything to the Americans. But for heaven’s sake don’t mention the other mansions. The Americans don’t even know they exist.”