We all know that US tax liability is computed in US dollars. We also know that exchange rates can play in rule in creating profits and losses. It would be interesting for people to comment on their experiences with how changes in exchange rates have created “phantom gains” for them. I think this could be very helpful evidence in working on how to get this whole thing (citizenship-based taxation) reversed. So, if anybody is reading this, please comment on your experiences.

In addition, the issue of exchange rates and a falling US dollar is extremely important on this issue of expatriation? Why?

As the US dollar falls, almost everybody will become a “covered expatriate”. That two million dollars will seem like nothing.

Obviously this is one more reason why you need to get on with the job, painful as it is, of expatriation and freeing yourself from this nightmare!

Since the election of Barack Obama the world has  been introduced to two new sports/games.

When it comes to playing games:

It’s like the old British Fox Hunt. Instead of hunting foxes, the world is now hunting U.S. persons. Your objective is to NOT be captured. Every action  causes a reaction. The reaction to “FATCA Hunt” is a new game played by U.S. citizens abroad. It’s called … 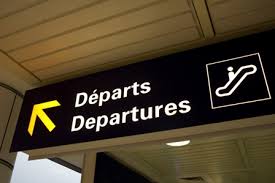 Playing the “Expatriation Game” by asking “What happened”?

Sir John Templeton was once asked:

“Even when all the experts are in agreement they can be mistaken.”

“In the long run all U.S. citizens abroad are dead.“

Therefore, the short run is worth considering.

Parity – Where we have been for the last few years

Depreciation of U.S. dollar – Believed to be the most likely longer run scenario

Conclusion: The exchange rate has a very significant impact on your net worth in U.S. dollars. Furthermore, exchange rates tend to change more slowly that the stock market. In the short run we have been seeing appreciation in the U.S. dollar. For example as of today’s date 1 Canadian dollar will buy about $.95 of a U.S. dollar. Note that this is about a 5% appreciation. What’s this worth to you? For every one million dollars you have, it has eroded the value by approximately $50,000. That’s worth considering.

The purpose of this post is NOT to give advice. It is simply to promote awareness. Remember, you don’t want to be the kind of person who asks:

Note: All of these posts are of a general nature. They are not intended to and should not be understood to be financial, legal, tax advice (or any other kind of advice). They are to alert you to possible issues that need to be discussed with your adviser.