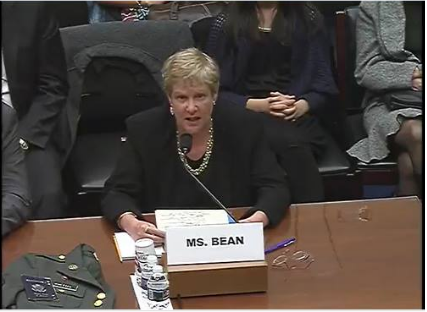 END_OF_DOCUMENT_TOKEN_TO_BE_REPLACED

Prologue – The Context of FATCA, FIFA and U.S. Extraterritorial Laws:

Absolutely fantastic comment- #FATCA cuts off "oxygen"/ USD 2 those who won't do US's bidding-Immoral in the extreme! http://t.co/IiNPNEp7GJ

which I will reproduce.

This is clearly a Republican-rant organization and fully misrepresents the Dems Abroad which has been working on FATCA issue much longer than Repubs who only recently jumped on it for political purposes. DA favors country-of-residence-exemption because it is the approach that will get the the quickest real results . . . rather than the full-blown Constitutional attack which will take years, but get their right wingnut lawyer Bopp maximum press.

Further the Republicans dirty little secret is that the REAL tax avoiders putting funds overseas are Republicans residing in the US. Republican position appears to be that tax evasion is OK while Dems Abroad is working to get relief for regular overseas Americans (of both parties) who are not the purpose of FATCA in the first place.

And lastly, before castigating the Obama and Dems for this law for political purposes, last I saw McCain is a Republican.

Let’s consider the “same country exemption” for what it is rather than drifting down the non-productive road of partisan politics. In other words, what does it mean. Not, who is it from.

The Democratic Party (I don’t know them and don’t care about the label) is clearly in support of FATCA. They have made this very clear. Democrats abroad has made it clear that they are in support of FATCA. (Furthermore, in its recent submission to the Senate Finance Committee Democrats Abroad did NOT advocate for the repeal of “citizenship taxation”.) That’s all fine, everybody is entitled to support what they want. That said, (and I recognize that this is my opinion) FATCA is one of the most egregious examples of extra-terriitorial overreach in the history of the world. It is also absolutely immoral for many reasons including the following:

The U.S. dollar as the primary reserve currency

At the end of the World War 2 – in Bretton Woods, NH, the U.S. was trusted to the extent that the U.S. dollar became the primary reserve currency of the world. In practical terms this meant that there would be a constant demand for U.S. dollars because it was the commonly accepted currency. In other words, the U.S. was trusted with the great responsibility of it’s currency becoming the currency that all countries, people and financial institutions would need. Along with this agreement and responsibility, comes the assumption/trust that the U.S. would continue to make the U.S. dollar available. Since Bretton Woods, the U.S. dollar has become the “oxygen of the world financial system”.

Through FATCA, the U.S. is saying:

1. If you don’t do what we want (hunt for those we define as U.S. persons)

In other words, the United States of America – is in effect cutting off the oxygen supply to the rest of the world. In my view, this is in complete violation of the spirit of the Bretton Woods agreement which allowed the U.S. dollar to become the primary world reserve currency. I also believe that is an outright violation of International law.

Furthermore, FATCA is the “enabler of place of birth taxation” which operates to impose U.S. taxation on the the residents and citizens of other countries and ultimately on the country itself.

Now, I have a simple question for you and all others (including I suppose the Democrats) who as a matter of principle support FATCA.

My question is this:

Do you think it is immoral to cut off the oxygen supply of the world financial system just because you think you can get away with it?

As President Clinton once implied:

“To do something because you can is the least morally defensible reason for doing it.”

FATCA is not only an egregious violation of the sovereignty of other nations, but the assumptions it is based on (cutting off the world oxygen supply) is immoral in the extreme. But, it gets worse. Because under the FATCA rules, the United States alone defines who is a “U.S. Person”, FATCA can (and will be used) to extend U.S. taxation to more and more people who are citizens and residents of other countries. The effect of U.S. taxation of citizens and residents of other countries is that the U.S. can use “citizenship taxation” to remove capital from other nations. (For example London Mayor Boris Johnson)

Now, let’s move on to the FATCA “same country exemption”.

To promote the “same country exemption” is:

1. To clearly accept the absolute immorality of FATCA and principle of imposing U.S. taxation on the citizens and residents of other nations; but also to

2. Beg the United States Government to tweak the law so that this unconscionable act of immorality does NOT apply to one specific group – that is a subset of U.S. citizens abroad. And for the record, that specific group is NOT Americans abroad as a group. Rather it is Americans Abroad who are U.S. tax compliant. (The latter condones the immorality of citizenship taxation and does NOTHING whatsoever to assist the millions of Americans abroad who never even knew about citizenship taxation.)

Therefore, those who support the “same country exemption” (whoever they may be) are actually:

1. Supporting immoral laws in general and FATCA in particular; and

2. Saying, well please exempt me from this immorality and we will “wink wink” and NOT call your attention to the fact that you are immoral in the extreme.

Individuals and groups who support the “same country exemption” are actually enablers of immoral laws that are a breach of the spirit of the Bretton Woods agreement, are designed to impose taxes on the citizens and residents of other countries and extract capital from those countries.

I have not even mentioned the absurd and unfair costs that FATCA compliance impose on non-U.S. banks and on the residents of other countries. As one of many examples see:

FATCA is one component of U.S. policies which Juan Zarate would call part of “Treasury’s War” (google the title) and Ian Bremmer (google) would call the “Weaponization of Finance”. It’s really the U.S. saying to the rest of the world:

It’s our world. Get used to it.

The time has come to send the U.S. home where they can worship their FBAR Museum, PFIC Memorial and House of FATCA.

What follows are three video/audios.

END_OF_DOCUMENT_TOKEN_TO_BE_REPLACED

This strong indictment from a Washington based lawyer Eileen O’Connor (who once headed the tax division of the U.S. Department of Justice) Includes:

Lost in the bewilderment about the Obama administration choosing which parts of Obamacare it would apply to which people and when, has been that it has been doing the same thing with the Foreign Account Tax Compliance Act (FATCA).  The Administration has time and again delayed effective dates that were set in the statute.  Nobody is complaining, though, because nobody can comply.  Not the government, and not the financial institutions subject to the law.

Embedded in the charmingly-named HIRE Act, FATCA requires any financial institution anywhere in the world to report to the US government the results of any dealings it has with any person or entity subject to US tax laws.  Just as nationalizing activities amounting to one-sixth of the national economy was a pretty tall order, so too was requiring global financial reporting.

Another problem with FATCA implementation is the intergovernmental agreements Treasury has been trying to negotiate around the globe.  A few are in place; more are in the works.

The catch is that the reciprocation is not presently allowed by U.S. law.  This is clear from the Administration’s budget request for 2014, the “Analysis and Perspectives” for which asks, on page 202, for the authority to reciprocate.

Rep. Bill Posey, R-FL, wrote to Treasury Secretary Jack Lew last summer, asking him to stop negotiating FATCA-implementing intergovernmental agreements with foreign governments, because his promise of US reciprocation is one on which he cannot deliver.  Even if providing this information to foreign governments were permissible under US law, Posey believes doing so would discourage foreign investment in the US, thus depriving the US of capital that would otherwise be available for business formation and growth.

There are currently two great comments – perhaps you may want to add your thoughts.

Activists Call on Senators for Support

Today 20 of America’s largest and most influential free-market, taxpayer protection and grassroots organizations, sent a letter to Senate members urging support for legislation introduced by Sen. Rand Paul to repeal major portion of the Foreign Account Tax Compliance Act (FATCA). The bill, S. 887, would repeal FATCA’s most costly and privacy-violating provisions.  As the letter explains: