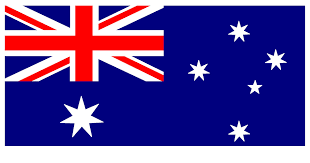 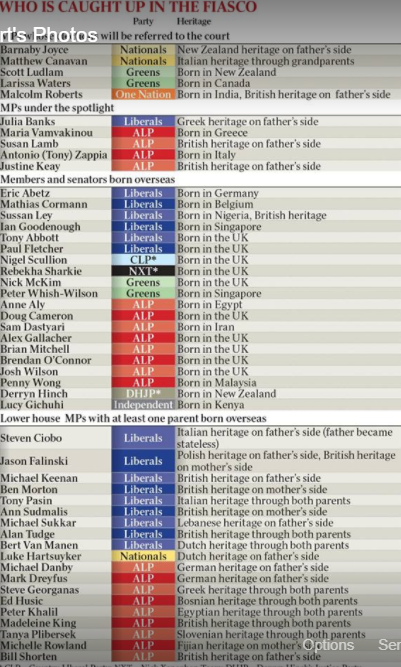 This time it’s the –
Deputy Prime Minister
– and the first member of the lower house to be tainted by dual citizenship. This is significant. With the Senate they usually go to the next person on that party’s ticket from the last Senate election. With the House of Reps they have to have a by-election – and Turnbull’s government is hanging on by a single vote. So, if the High Court rules that Barnaby Joyce must vacate his seat, it could topple the government!

And I thought that Politics in Canada was dirty. And we all revel in the daily stench of the toxic partisanship in the USA. But, hey at least these two countries do NOT have constitutional provisions that (as they have been interpreted) allow other countries to interfere in who the elected representatives are! (We let them interfere in covert ways – think “From Russia With Love” ….)
END_OF_DOCUMENT_TOKEN_TO_BE_REPLACED

From the Government of Australia Treasury:

The Foreign Account Tax Compliance Act (FATCA) was enacted by the United States Congress in March 2010. It is intended to assist US efforts to improve compliance with US tax laws and will impose certain due diligence and reporting obligations on foreign (non-US) financial institutions.

In response to concerns about the impact of these obligations on Australian financial institutions and the Australian economy as a whole, the Australian Government is exploring the feasibility of an intergovernmental agreement with the US. The objective of such an agreement would be to minimise compliance costs for Australian stakeholders while enhancing the existing tax cooperation arrangements between Australia and the US.