A listener responds to CBC’s call for people to tell their stories; Veronique Shinder:

Please tune into to hear Alan Neal, host of “All in a Day” interview (CBC radio) with John Richardson this afternoon at:

I am listening right now – HERE. 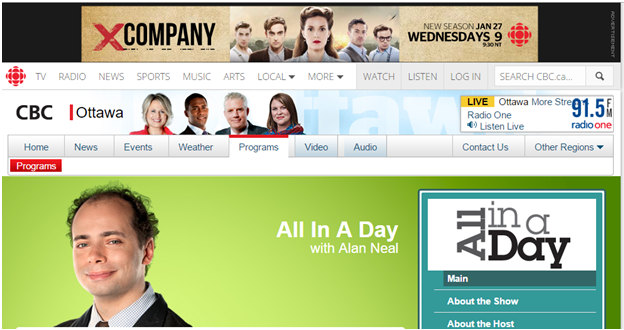 PLEASE: Anyone who is knows how/is able to record this, please do so since there will be limited time to listen to the replay version. Thanks!