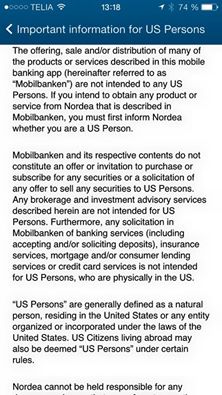 Sweden banks, according to an agreement with the Swedish government administration, have begun to map out Swedes according to the place of birth and original nationality.

Nordea bank is currently the most visible bank performing these operations.

The Nordea banking app for mobile phones has been reported to lock up for users, until they answer questions about their birthplace. The app follows up with a question asking what other passports the user has.

Currently, the app allows the user to put off answering the questions until later, but it is not stated as to how long the questions may linger before Nordea requires an answer.

or, the short link 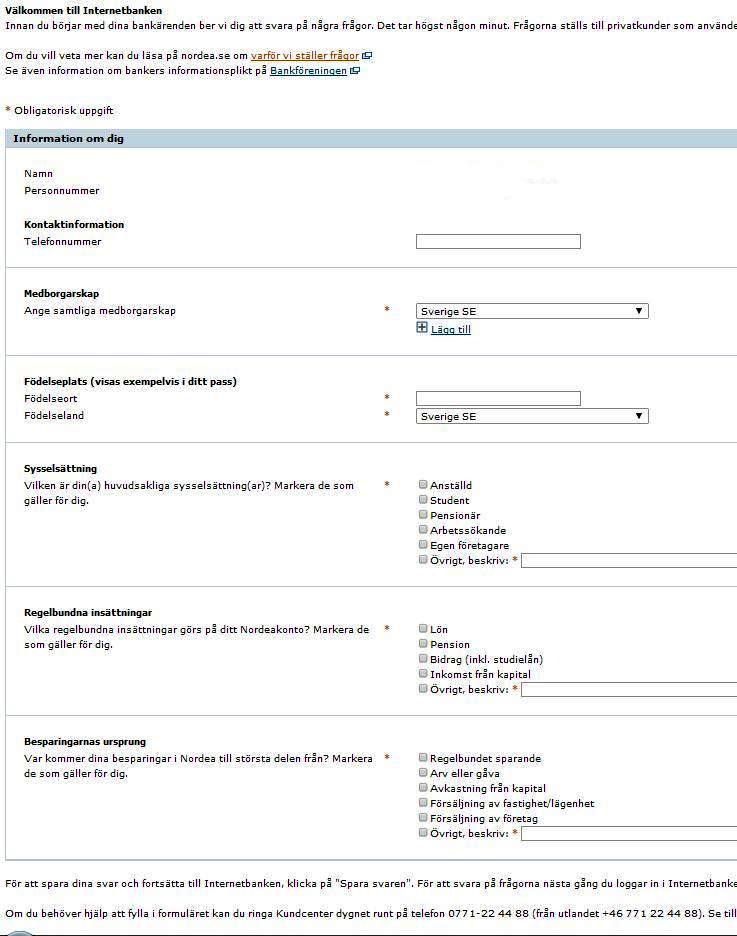 Like Loading...
« More translated materials on the tax residence and legal status of Chinese emigrants
EU Residents/Citizens: This is For You »