I asked Beach Metro News to publish our ADCS press release, but they said it was against policy. However, the editor told me that if I was to write a Letter to the Editor, it would go into the next edition of the paper. Sure enough, he featured it prominently on page 6 with a headline he added that couldn’t be better. Perhaps our gang could go make some comments

Click here to make comments on the online version:
GwEvil’s Letter to the Editor 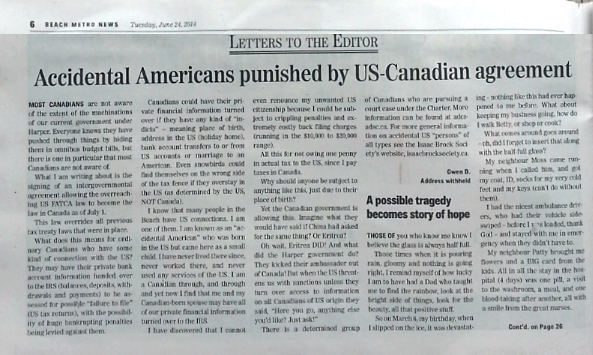