“Anyone else getting the FATCA Call” (from MapleSandbox.ca) 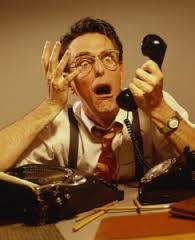 Has anyone received the FATCA call from their bank, investment firm or other financial institution?

Johnnb posted the following under What’s New, but it definitely needs its own thread:

In a previous post I described how my wife and I decided to get our (backdated to 1973) CLNs. We applied in January of 2012 and the CLNs arrived in July 2012. We promptly made copies and gave one to our financial advisor at Scotia McLeod.

Last week we got a phone call from our financial advisor saying we now had to provide our old US social security number (haven’t got a clue what they were) and fill out a W8-BEN. Told her we weren’t filling out any US IRS forms ever again.

She then informed me that she has been instructed to call every person on her client list and ask each and every one of them five questions:
Are you a US citizen?
Were you born in the US?
Did you reside in the US for more than 183 days last year?
Two others that I missed because she was going so fast.

She said she was amazed to find so many of her clients who had ties to the US!

Anybody else getting this type of call?

We’ve missed you Johnnb. Good to see you back–but not with this information. Thanks for sharing.

I think it’s important we remember this call was from Scotia McLeod, which is the investment arm of Scotia Bank.

This, however, goes far beyond being asked to complete a form. This was a telephone call specifically to ask a long time customer the “US person“ questions. It is especially frightening that the call was from an organization that already had the CLN provided by the customer.

I have no idea if this is the first step towards banks asking all their customers that question or if it just one investment firm. Whatever it is, it’s alarming. Hazy, I really appreciate you checking it out with others.

Johnnb: What was the response of the Financial Advisor when you said you would not complete any IRS forms

@Lynne: I give her full marks. When I said I wasn’t going to fill out any IRS forms she said she’d get back to me and she did. Some stuff was moved to a TFSA and other stuff moved around and now no W8-BEN is required.
Don’t think this will work for many others. We are approaching the time when we have to move RRSPs to RRIFs and other investments are minimal.

Other comments on this post are at “Anyone else getting the FATCA Call” (from MapleSandbox.ca)

Like Loading...
« Controversial US Tax Law Affects Many American Expats and How It May Compromise Canadian Sovereignty, This Sunday on Contact
It took 15 years for this child born in Mexico to Homeland parents to prove her U.S. citizenship »

43 thoughts on “From MapleSandbox.ca: “Anyone getting the FATCA Call?””