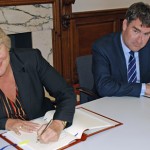 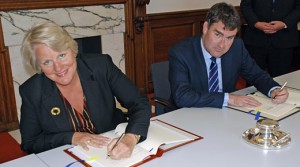 There are different legal remedies that can be taken under UK law to attempt to block this agreement. However, there are not really any commentators here from the UK so I have not really spent much time explaining them. If anyone is interested in the UK I can provide more detailed advice if necessary.

The two individuals pictured are Emily McMahon of the US Treasury and Deputy Exchequer David Guake. One piece of news is that UK Credit Unions will be exempt from FATCA even if they have UK Resident US Person account holders. Again if their are individuals willing to fight FATCA in the UK I can provide assistance and advice however, no one appears to want to do so.

48 thoughts on “UK signs Agreement with the US on FATCA”