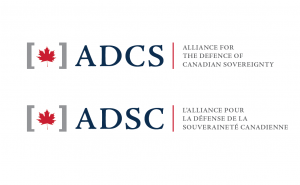 People who feel the need to confirm their attendance to the Alberta sessions for either Calgary or Edmonton can respond by email to me via the following Kijiji ads:

I will be flying out to Edmonton to attend, and to assist John with this meeting. I look forward to meeting my fellow Edmontonians who have been accused of being American. Come listen, get the pertinent information about these issues, and then make your decisions proactively rather than reactively.

Seems that the US has always planned to annex Canada one way or another and the war of 1812 was just the first attempt. FATCA and the Canadian IGA are the latest attempts in a long history of planned US invasions of Canada. Perhaps all this “around the world” business is just a ruse to disguise the fact that the US is trying to make us a part of their country, YET AGAIN.

We CANNOT allow this to happen! We MUST fight for our sovereignty and win, YET AGAIN!

Another sneaky attempt that has, so far, somewhat succeeded (notice that there is acknowledgement by both Harper and Obama of “Canadian Sovereignty” during their joint press conference):

We shall not stand up for Canadian citizens and residents in Canada.

We shall deem their ‘US indicia’ more important than their Canadian citizenship and permanent residence.

We shall change Canadian law of the land to enforce extra-territorial law in Canada.

Question from “Don” – If Harper wakes up some morning and finds the IGA has been ruled unconstitutional, how easy or difficult would it be for him change the Charter to enact ‘legal’ discrimination? In other words, what are his options?

Another MP letter answering a constituent, this time from the Minister of National Revenue:

Thank you for your correspondence of February 12, 2014, about the Foreign Account Tax Compliance Act (FATCA) enacted in the United States.

I understand from your email that you are opposed to FATCA and are critical of actions taken by the Government of Canada.

As you are aware, the U.S. uses citizenship as the basis for taxation while Canada and most of the rest of the world use a residency-based approach. I understand that this situation creates unique challenges, including compliance burdens for U.S. citizens who reside in Canada or elsewhere in the world, even when they do not owe U.S. tax. Please note that the U.S. citizenship-based tax system has been in place for many years and is not altered by the recently signed intergovernmental agreement under the Canada–U.S. tax treaty.

The Canada Revenue Agency (CRA) administers taxes and benefits only in Canada. Therefore, it encourages U.S. taxpayers looking for information on their U.S. tax obligations to visit the U.S. Internal Revenue Service (IRS) website atwww.irs.gov and read its guidance on the streamlined filing procedures for non-resident U.S. taxpayers atwww.irs.gov/uac/Instructions-for-New-Streamlined-Filing-Compliance-Procedures-for-Non-Resident-Non-Filer-US-Taxpayers .

You can find more information on why the intergovernmental agreement was signed on the Department of Finance Canada website at www.fin.gc.ca/treaties-conventions/notices/fatca-eng.asp .

As Minister of National Revenue, I can assure you that the CRA will administer fairly any legislation enacted to implement the intergovernmental agreement according to the privacy and confidentiality rights of Canadians. The intergovernmental agreement is strictly an information-sharing agreement and the CRA does not collect the U.S. tax debt of a Canadian citizen if the individual was a Canadian citizen at the time the debt arose.

I trust the information I have provided clarifies the position of the CRA on this matter.

Today a small group of Canadians began the long legal process to prevent the Conservative government from helping the United States impose a bad law on Canada.

With the announcement of an Intergovernmental Agreement (IGA) for the U.S. Foreign Account Tax Compliance Act (FATCA) on February 5, 2014, Finance Minster Jim Flaherty makes discrimination against one million innocent Canadians and their families – those the U.S deems “U.S. persons” – mandatory.

Finance Canada has requested public input on the FATCA agreement, which will override federal laws to meet demands of a foreign power to seize private financial records of Canadians.

Canadian citizens Dr. Stephen Kish of Toronto and Lynne Swanson of London Ontario responded today to that request by retaining prominent constitutional lawyer Joseph Arvay of Vancouver to provide a legal opinion on whether this legislation violates Canada’s Constitution including the Charter of Rights and Freedoms and if so how a constitutional challenge might be mounted.

“It’s time for Canadians to get angry. FATCA is a threat to all Canadians and cannot be captive to party politics. MPs must NOT be required to vote along party lines – They must vote their conscience in a free vote” says Dr. Kish.

In less than one week a funding initiative, organized by Dr. Kish and Ms. Swanson, raised the money required to pay for this legal opinion.

“It is despicable the Harper government thinks so little of Canadians that they are forced to raise money from those with limited means to retain counsel to ensure their fundamental rights are protected from foreign demands,” says Ms. Swanson.

“As a Canadian citizen for 41 years, I never thought I would see the day when demands of a foreign government would take precedence over Canadian laws. The implications of this for Canada and for all Canadians are chilling.”

The Donation button is now closed, only six days after the launch of the Canadian Charter Challenge Fund ~ and well AHEAD of our three week schedule.

Thank you all so much for being part of this important first in fighting the FATCA invasion into our honest, productive lives as Canadian citizens and residents. Together, we can make a difference.

Remember, this is just the first step, and we all know that the next step will be much more difficult.

Stephen Kish and Lynne Swanson thank you for having the faith to take that first step with us.

Today is the day we begin our drive to fight back. February 28, 2014 is the day we launch our Canadian Charter Challenge Fund to raise money for a legal opinion from prominent constitutional lawyer, Joseph  Arvay.

We must demand our government place our rights over those of the bully oppressor. We must band together to fight for our cherished Canadian rights and freedoms. We must do it now.

Remember, the War of 1812 was not over until 1815. We should likewise expect our battle to be long, messy and expensive. 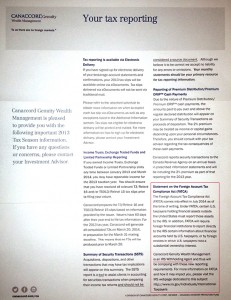 I have been meaning to post these here for people who would rather download them themselves and have them printed locally rather than request me to mail them out. These are a bit different in design than the ones I had litho printed, to accommodate the digital printing that would be required.

Please respect the work of the authors and designers and do not make any changes to the wording or the layout.

Feel free to print the documents, or to save them to a USB drive and have them printed at a professional printing place like Office Depot or Kinkos.

(Note that the “Not Myths” document is intended to be a double-sided folded brochure, so the cover is on the right hand side of page 1.)

The need to get this information out to the Canadian public couldn’t be more urgent! So please try to blanket as many coffee shops, libraries, book stores and public light poles as possible. Another suggestion (something I have done and will continue to do) is to go door to door in my own neighbourhood and put them in peoples’ mailboxes.