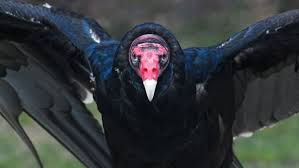 The other day, Barbara put up this lovely comment:

“I wish to take the opportunity of this thread to thank the creators of and contributors to the Isaac Brock Society. Until a month ago, I was running scared, losing sleep, calling so-called US tax experts in London, the USA and Hong Kong, trying to get a clear picture of my husband’s and my situation and how to remedy our small “errors”. Each advisor I spoke to made me more frightened, and had me nearly convinced to fork over US$500 to submit “revised” back-year FBARs per year. The compliance condors had me by the short hairs.

Thank God I found this site at last, and figured out what the condors were doing. With the plethora of information, resources and advice available here–not always in agreement with each other–I have changed from frightened out of my wits to simply mad as hell.

A big warm thank you to everyone!“

First, it was great to hear that Brock is doing what it was meant to be doing; getting the word out so people could get the information they need to try and put an end to the fear and terror caused by the IRS and the condors.It got me thinking about the beginning of Brock and one of the earliest posts that was about this very subject:

“We can’t trust the IRS – But can we trust the accountants and lawyers?”

Since the publication of that post on December 12, 2011, there have been some changes; almost no one thinks about OVDP 2009 and the bait-and-switch regarding FAQ35 anymore and most people would likely enter Streamlined before they would consider simply following the law and submitting returns via the Fact Sheet 2011-13 (though it is still a valid way to come into compliance, and is how I did it over 3 years ago). One thing the post does do, is demonstrate how utterly terrifying it was then and any Brocker/Sandboxer who has been around that long might be forgiven for some of the “harder edges” in terms of anger, cynicism and driven determination to make this stop. Just read some of these (horrible) stories that are linked in the article; while the situation remains unpleasant, frightening, unfair and all the rest of it, it seems we are no longer hearing that people are losing everything they have.

I also began to wonder, how much has Brock/Sandbox education kept from the clutches of the condors? How much money may have been denied those who really did/do not have our best interests in mind? All of us have gained from Brock, there’s no question of that. And money might be part of it but I think most of us would feel that the site offered more important things. Just for fun, please take part in this poll:
You can vote for as many options as you like!


Now, back to the main focus of this post: showing how in spite of improvement, one aspect that has NOT changed, is that of whether we can trust the accountants and the lawyers. I would really like to hear your reaction as to whether or not you think things have improved; is there any difference in what is happening to people, or is there just as much fear-mongering as before? Are there more predicatable facts and outcomes? Or does the whole situation remain confusing and frightening?

Q: Why do technicians use lawyers instead of rats? A. Because there's some things even rats won't do.

Q: A lawyer and an IRS agent jump off the Empire State Building at the same time. Who will hit first? A: Who cares? http://t.co/amyo1I60e2

We can’t trust the IRS – But can we trust the accountants and lawyers?

The post is a comment responding to the blog post – IRS issues Fact Sheet For U.S. or dual citizens residing outside of the U.S., to which Petros commented :

With Respect To The IRS:

The distrust of the IRS is richly deserved. Examples include their “bait and switch” (described above) tactics in the 2009 OVDI, There other examples of people being mistreated in OVDI. See:

The basis of the problem is a sense that the rules are not clear and even if they were clear one doesn’t know how they will be applied. The only thing one can be certain of – if you are an honest taxpayer, trying to come into compliance with requirements you didn’t know about it – is unfairness. But remember that OVDI is not premised on “reasonable cause”. It is premised on “criminality”.

With Respect To The Accountants and Lawyers:

Information ad – how tax professionals are feeding off fear – who can you trust? http://t.co/KxMtIgd3

In my opinion this is an “infomerrcial” to encourage people to enter OVDI without determining whether their circumstances justify it. OVDI was part of “Voluntary Disclosure”. That means entry into OVDI was not required. The media during the summer of 2011 portrayed OVDI as mandatory. The media wrote many articles about OVDI without understanding it.

Next, it is clear to me that this is not an issue of completing tax returns. It is an issue of how to get into compliance (or not) with the laws of the U.S. (however insane they are). For this, you need a professional that specializes in this kind of work. It is quite obvious that many people sought advice from people who were not specialists. They will pay a heavy, heavy price for the advice that they paid a fortune for.

We are now is a position where the lawyers/accounts are not trusted either.

So, the problem remains in a context where: people don’t trust the IRS (as you point out, one can’t be certain what reasonable cause is), people do not have confidence in the advice of lawyers/accountants. Yet, the IRS laws and procedure are so complicated that people need lawyers/accountants in order to know how to proceed (if that is what they want).

Finally, the issue of costs of compliance. Very few people have the money to pay professional fees.

Conclusion: Even though the IRS (in my irrelevant opinion) is attempting to solve this problem, it may no longer be solvable. The distrust of the IRS, the lawyers, and the accountants, coupled with the legal and accounting costs may be too much for people. But, remember that this Fact Sheet directed to taxpayers living outside the U.S.(the subject of the above article) is NOT the same thing as OVDI. Perhaps different treatment can be expected from the IRS if you enter through the door that reads “I didn’t know about the FBAR requirement” as opposed to entering through the door that reads: “Presumptive Tax Cheats Enter Here”. Once again – this is not intended to be any kind ofadvice whatsoever – whether legal or otherwise.

It would be good if some others would “weigh in” on this.

16 thoughts on “Timeless Wisdom: The More Things Change, the More They Stay the Same”