Originally, my understanding was that existing customers would not be signaled under FATCA regulations unless their accounts were over $50,000. Yesterday, I spoke with a woman whose accounts never exceed $10,000 in aggregate. Furthermore, she is a young mother who hasn’t worked much in the last few years since coming to Canada, and so she has never had an IRS tax liability, as her income would be well below the Foreign Earned Income Exemption. She holds her accounts jointly with her Canadian-only husband. This case highlights why we need the legal action of ADSC.

Yesterday she received the following correspondence from her bank.  It shows that they have determined that she has US indicia. They have threatened her with reporting her accounts to the CRA in violation of section 8 of the Canadian Charter of Rights, which would require the CRA to obtain a warrant before seizing her account information. But now the TD Bank has threatened to transfer her account information to the CRA. But what crime has she committed that the TD has threatened this action? None at all.

I have recommended that she do nothing–not fill out the self-certification form. But I’d like to hear what others think. Please discuss. 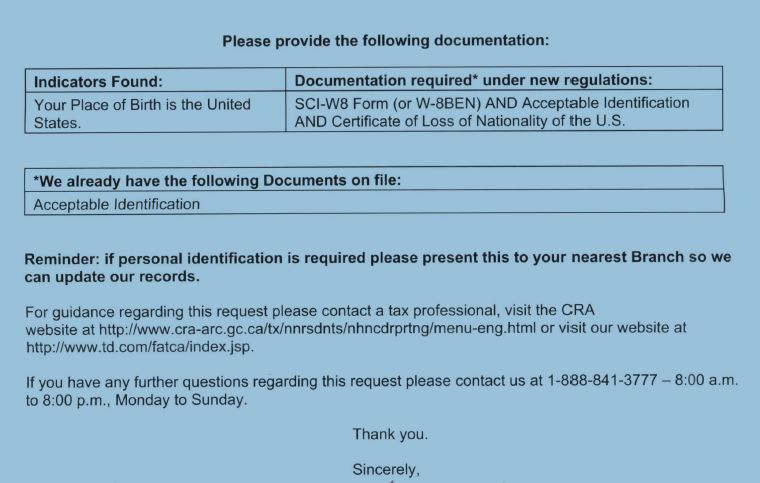 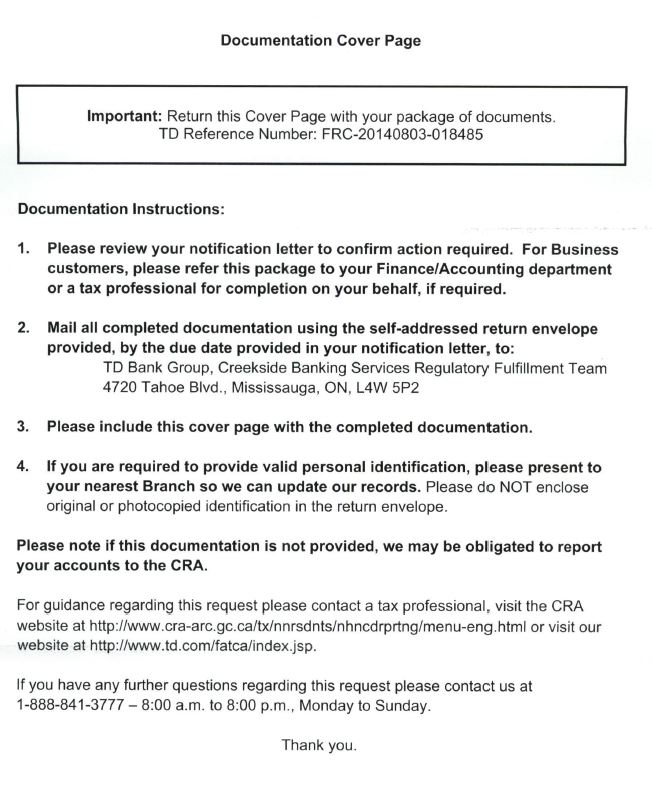 Here is the self-certification form. Please note the date at the bottom: June 9, 2014.

Like Loading...
« Coming into U.S. tax compliance – To “amnesty” or “not to amnesty” – that is the question
Ottawa Brock Lunch – Saturday 4 October »

169 thoughts on “Is TD Bank overzealously ferreting out US persons?”