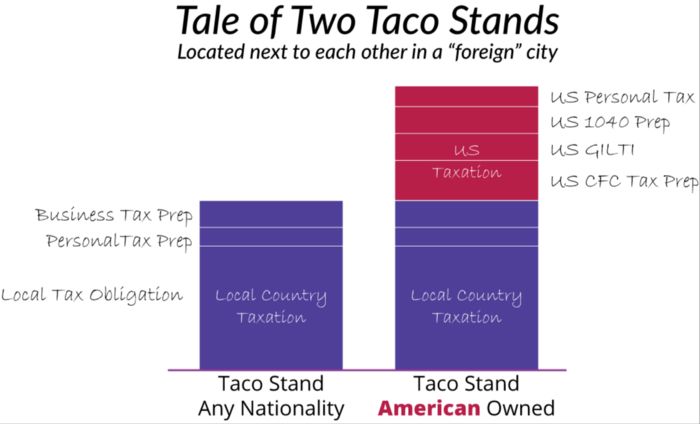 Greg Swanson has written a three-part series, “Americans abroad: a case study in the dumbing down of American policymakers,” providing a concise synopsis of the situation faced by US persons outside the US as a result of CBT and the history behind it.

Part I and Part II are online at Medium.com now.  Part III to follow soon. I’ll post the link when it does.

Greg is the coordinator of PurpleExpat.org, which is focused on the elimination of citizenship-based taxation.

Like Loading...
« The world is experiencing many US sanctions. Is US citizenship taxation, reinforced by FATCA, the most deadly stealth sanction?
The problems of @citizenshiptax and #FATCA are greater than the problems of any one individual »

45 thoughts on “PurpleExpat on Americans abroad: a case study of the dumbing down of American policymakers”