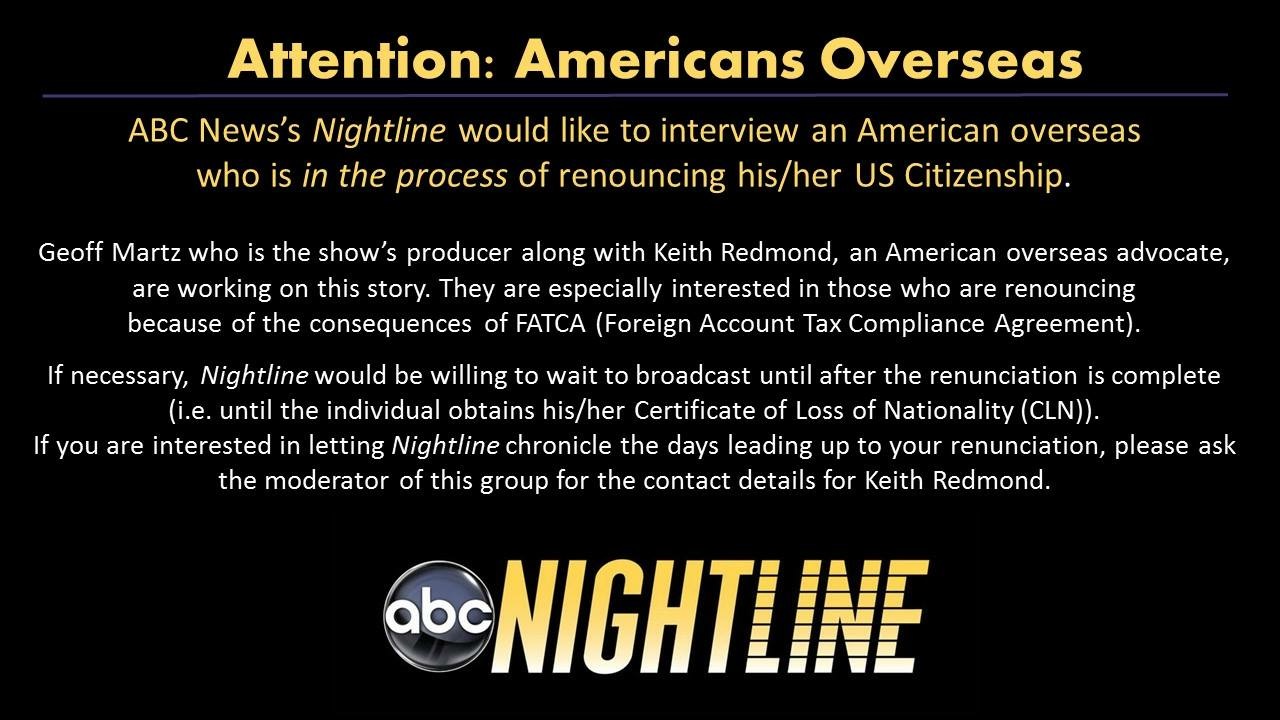 If you are interested in letting Nightline chronicle the days leading up to your renunciation, please contact Geoff Martz at geoff.martz@abc.com or private message Keith to discuss further.

Like Loading...
« October 19 is Election Day in Canada
Should a Canadian be forced to fill out W-8BEN to avoid losing her right to trade in her Canadian brokerage account? »