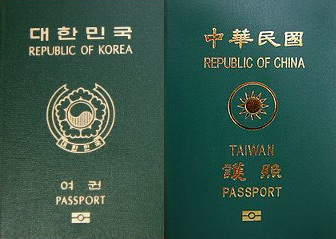 As previously discussed by Petros and Innocente, countries including Germany, Austria, and Norway, which generally require applicants for naturalisation to give up foreign citizenship, provide for an exception if the old country makes giving up citizenship especially difficult. Some countries’ definitions of “difficult” include economic difficulties, such as a fee which is more than a certain proportion of the applicant’s monthly wage. In 2014, the United States announced that it was raising the fee for renunciation to $2,350, twenty times the average level of other developed countries, more than twice the level charged by the next-highest country I could find (Jamaica), and greater than the monthly wage for many young people or non-professionals.

South Korea’s Nationality Act also contains such a “difficulty” exception, while Taiwan has a similar exception for “reasons not attributable to the person in question”. However, neither definition includes absurd fees such as Washington’s $2,350 fee — which is more than seventy-eight times Taipei’s fee and one-hundred-and-seventeen times Seoul’s fee for their own citizens seeking to exercise their fundamental human right to change their nationality.

South Korea at least allows successful applicants one year after the event of naturalisation to submit proof of loss of their previous citizenship, meaning that American emigrants there can relinquish rather than renounce U.S. citizenship and avoid the fee. Taiwan, in contrast, requires such proof to be submitted at the time of application; though recently there have been proposals to change this, until those proposals become law, American emigrants seeking to become citizens there still have to pay through the nose to renounce U.S. citizenship rather than relinquish it.

Unlike Taiwan’s laws, South Korea’s Nationality Act excepts certain immigrants & returnees from the general principle of single nationality. Most applicants for naturalisation or restoration of citizenship must present proof from their other country of having gone through the procedures under that country’s law to give up that citizenship. However, people from mixed-nationality families, the elderly, those who have made special contributions to the country, and those who have difficulty giving up foreign citizenship can all avoid those procedures, as long as they swear an oath not to “exercise” their foreign nationality while in South Korea.

That oath is, basically, a domestic-law implementation of the Master Nationality Rule. Note, however, that it only prohibits individual South Korean citizens or the other government which claims them from asserting rights which arise from that foreign nationality against the South Korean government when the person is in South Korea. The oath, and the Rule in general, does not prohibit any government or private actors from using the fact that a person might be considered a national of some other country under that country’s law to discriminate against that person. Protecting people against such discrimination actually requires anti-discrimination laws, not just the Master Nationality Rule.

One small mercy is that Article 10 of the Nationality Act only requires you to give up your foreign citizenship after you have been naturalised; thus, Americans can treat their acquisition of South Korean citizenship as a relinquishing act under 8 USC § 1481(a)(1), and report it to the U.S. consulate as such in order to avoid the absurd renunciation fee.

As you can see in Subparagraph 5 above, the National Assembly chose to let the executive decide exactly what constitutes “difficulty … arising from the law or system of the foreign country despite the person’s own intention”. The statute might give the executive the authority to decide that absurd renunciation fees or other economic difficulties constitute “difficulty”, but the executive has decided not to exercise that authority, for now: current regulations define “difficulty” narrowly. The only people exempt from the duty of abandoning their foreign citizenship under the foreign country’s laws are those for whom such abandonment is impossible. Those who face extreme delay are exempted for only so long as it takes them to complete the procedure.

Under Taiwan’s current Nationality Law, immigrants applying for naturalisation must give up their former citizenships, while emigrants from Taiwan who apply for another citizenship are allowed to retain their Republic of China citizenship. This is similar to the situation in Estonia, Namibia, and Hong Kong — all of those being places which were formerly under foreign control, and in which the new governments wanted to disallow colonists from the former colonial metropole or occupying power to become dual citizens, but ended up allowing their diasporae to retain citizenship.

However, Taiwan in particular has a very strange requirement: you must make yourself stateless before you apply for naturalisation, and submit a certificate of loss of your original nationality along with your application, without any guarantee that your application will be approved. In practice, there’s procedures for pre-application screening, but even after the official application has been submitted, the government can still reject it. In some cases this makes it impossible for people to apply for naturalisation at all; in others it’s left them stateless after their applications were turned down, for example if an applicant applies for accelerated naturalisation on the basis of marriage but the marriage ends due to divorce or death while the application is still pending.

Current regulations don’t define “reasons not attributable to the person in question”, but in administrative practice this apparently is interpreted to mean either that the country in question doesn’t allow loss of nationality at all, or won’t let its loss-of-nationality provisions be triggered by naturalisation in Taiwan because the country doesn’t recognise Taiwan’s government. Difficulty in renouncing citizenship (e.g. due to absurd fees or extreme delays) doesn’t trigger this provision either.

Current regulations do state that the Ministry of the Interior will issue “preliminary proof of naturalisation to the nationality of the Republic of China” to naturalisation applicants. This is one possible attempt at a literal translation of the Chinese name (準歸化中華民國國籍證明); the Ministry of the Interior officially calls the document they issue under these regulations a “Certificate of ROC Naturalization Candidacy”.

In any case, the Chinese name (particularly the character “準”) & its English translation are sufficiently vague that the ministry felt obliged to clarify in the regulations that this certificate is not actual naturalisation which could later be cancelled, and doesn’t come with any of the privileges of nationality; nor is it even a guarantee that naturalisation will be granted after the applicant gives up foreign citizenships. In my below translation, I’ve used the “preliminary proof of naturalisation” rather than the official name.

The U.S. State Department does not regard this document as sufficient to trigger § 1481(a)(1). Nor do they afford such treatment to other similar documents issued by administrative authorities in other places (e.g. “approval-in-principle” letters issued by Hong Kong’s Immigration Department). Therefore, American emigrants who apply for naturalisation in these countries cannot enjoy no-fee relinquishment but instead have to renounce under § 1481(a)(5) and incur the State Department’s absurd fees.

In December 2014, the Interior Committee of the Legislative Yuan considered various proposals for reforming Taiwan’s Nationality Law. One proposal they adopted would allow proof of loss of nationality to be submitted after naturalisation has been granted, allowing American naturalisation applicants there to escape State Department scalping. (I omitted the second half of the proposal, containing various exceptions for dual citizenship). This is part of the same package of reforms which would allow parents to give up citizenship on behalf of their adult children who lack the legal capacity to do so themselves.

“Permission for settlement” refers to household registration. In Taiwan, for historical reasons, household registration rather than nationality is the real source of what people usually call “rights of citizenship”. Many overseas Chinese who never had any connection with Taiwan, but retained allegiance to the old Republic of China after 1949, are “nationals” under the Nationality Law and consider themselves as such. They are entitled to Taiwan passports (which unfortunately don’t give them access to visa waivers in other countries) and a few other rights. Some of them have even moved to Taiwan, but that requires approval from immigration authorities, and for most practical purposes their rights in Taiwan are more similar to those of foreigners than locals. Under the Interior Committee’s proposal, newly-naturalised immigrants would first have this “national without citizenship” status until providing proof that they’d given up their previous citizenships.

In any case, the Interior Committee’s proposed amendments still haven’t become law yet, and in the meantime the existing “reasons not attributable to the person in question” dual-citizenship exception doesn’t help American emigrants in Taiwan — they still must go through the renunciation procedure under 8 USC § 1481(a)(5), for which the State Department charges a fee of US$2,350. The committee also adopted a resolution — proposed by Democratic Progressive Party members, but co-signed by Kuomintang and Taiwan Solidarity Union members as well — calling on the Ministry of the Interior to amend the regulations to add a “delay” exception like South Korea’s into the definition of difficulty in obtaining proof of loss of one’s original nationality: