Some of you are aware that I wrote to each of Canada’s MP’s expressing my concerns regarding FATCA. I’ve heard back from a few, but most importantly from my own MP, John Weston, a member of the Conservative Party and designated by Minister Flaherty to look into matters concerning US citizens in Canada. Many of us have been anxiously waiting for some indication of the stance our government will take on FATCA. I believe that we now have one:

Thank you for your letter.  I share your concerns about the IRS’s actions in pursuing Canadians who also have US Citizenship.

I have taken the initiative among Government Caucus members to consolidate information concerning this matter and have worked closely with the Honourable Jim Flaherty, our Minister of Finance, who has taken our concerns forward effectively.  Among other things, I arranged for prominent US tax attorney Mark Matthews to come to Ottawa on May 30, 2012 to brief Caucus members concerning these matters.  Mr. Matthews not only works with Canadians who have US tax problems but he also served previously as Deputy Commissioner at the IRS.

Concerning the Foreign Bank Account Regulations (“FBAR”) matter, the IRS issued a directive in December 2011, “reviewed or updated June 13, 2012”, that appeared to acknowledge these concerns.  You can find the IRS Directive [here].

However, as you will see in Minister Flaherty’s statements, which I have enclosed, you will see there is still considerable uncertainty.  I join the Minister in recommending that you take US tax advice before making decisions on how to proceed.

I wish you success and peace in resolving how to deal with the IRS.  I will continue to work on your behalf and with Minister Flaherty to try to bring this situation to a more satisfactory conclusion for all Canadians.

I think we have cause for encouragement that the Canadian government will not just roll over. I also like how Mr Weston has the sensitivity to not refer to us as “duals”. If anyone would like me to post Minister Flaherty’s statements I will, but I believe many of us are already aware of their contents. 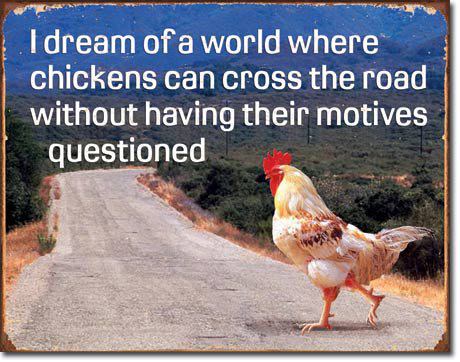 Two journalists, Sanat Vallikappen (vallikappen@bloomberg.net) from Bloomberg and Josh Spero (Josh.Spero@spearswms.com) from Spears Wealth Management Magazine are preparing articles on issues affecting Americans living and working overseas. They are looking to speak to Americans on these issues. If you would like to know more about their upcoming articles and potentially contribute please contact them at the emails listed above.

After two attempts to have Rickerby Wealth Group respond to my requests to have them cover the “elephant in the room” (FATCA) on one of their regular guest appearance on the morning news, Shaun Rickerby informs Global TV viewers of the impending US legislation. (My apologies for the low- tech recording off my PVR. Viewerrickerby2s need QuickTime Player-downloads are free).

A headline from the morning news caught my attention:

“June 13 (Reuters) – Honda Motor Co Ltd said on Wednesday it will recall about 50,000 Civic small cars in the United States from the 2012 model year for a potential driveshaft assembly issue that could lead to loss of engine power. “

It occurred to me that there are more mechanisms in place to notify a consumer of an issue effecting product safety than the US government uses in informing its citizens abroad of their duty to pay US taxes. What if manufacturers were to leave safety recalls to foreign media, or to print it in mouse-type on the last page of a document that a consumer may or may now renew every 10 years, or adopt a laissez faire regard for the law that leads to sellers of the product not informing purchasers of an important safety instruction? Yet the US government continues to punish its citizens by way of onerous penalties and threats of exile for neglecting to report forms that these otherwise law-abiding citizens could not have reasonably known about, and continues to make little in the way of effort to facilitate.

END_OF_DOCUMENT_TOKEN_TO_BE_REPLACED

And how Canada “cherry picks” immigrants from around the world.

‘Fareed Zakaria looks at how the immigration systems work – and don’t work – in Japan, Europe, Canada and the U.S. in the TV special: “Global Lessons: The GPS Roadmap for Making Immigration Work” on CNN at 8 p.m. ET on Sunday, June 10. Watch on CNN International on Saturday, June 16, at 4 a.m. and 9 p.m. ET’

“Bitcoin is at the forefront of ‘hacktivism’, giving its users a free alternative to contemporary financial mechanisms.”

I found this posted at ACA. In her letter to President Obama, Jane Bruno expresses “Even though no one in government ever actually responds to my comments, I appreciate that I live in a country where I am free to express my thoughts” and manages to capture what many of us feeling as a result of the US governments ‘Jihad’ against US persons living abroad:

Letter to the President

Wondering posted this on the How to Join thread where it doesn’t seem to be getting the attention it deserves:

James George Jatras is a Principal of Squire Sanders Public Advocacy, a Washington-based government relations firm. He previously served as a policy analyst at U.S. Senate and as an American diplomat. He can be reached at james.jatras@squiresanders.com.” His article: FATCA’s “Vulnerabilities Evident,” Washington Expert Claims, Calls for Repeal WASHINGTON,
END_OF_DOCUMENT_TOKEN_TO_BE_REPLACED

ACA: “Thanks to Brian Knowlton (NYT) for his perceptive article regarding anger and frustration over the revised federal registration and ballot request form. NOTE that one can still use the previous (2005) version, with less invasive language. DO NOT LET this deter you from voting this year!!”