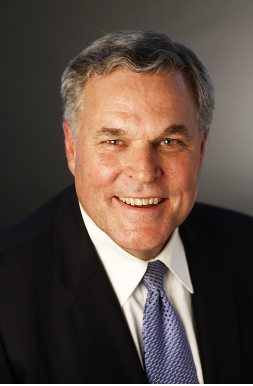 Rettig, who specializes in settling complex tax disputes between his taxpayer clients and authorities like the IRS, known as tax controversies, has for more than three decades represented clients before the IRS, the Justice Department, state tax authorities and other jurisdictions.

Rettig is no stranger to the Washington tax policy community. Many IRS officials would be familiar with him because of tax litigation in which he’s been involved.

Rettig’s nomination would break a nearly two-decade practice of naming commissioners from the general business world, a trend that began after the IRS Restructuring and Reform Act of 1998. Prior to that, commissioners generally had tax backgrounds.

Continuing with the conversation from Media & Blogs thread, I see many mentions of the fact that his firm represented some 100 UBS clients (which may be why some of his articles concern the OVDP). I am trying to locate some actual court cases but the site that keeps coming up in references seems to be down. He also clearly, is respected for his work representing clients by his peers:

Rettig would also oversee the implementation of tax reform. Rettig has been a friend and mentor to many of us in the tax controversy bar over the years, and we are encouraged by the selection of someone from the private bar to the post.

Given he is a tax litigator, I don’t expect he would support a change to RBT (hope I am wrong about that) but some of his comments certainly suggest he understands what has happened and that our situation is very different from that of U.S. residents with foreign accounts.

If, as some believe, the Streamlined Procedures are being used to entice unsuspecting taxpayers into placing their head onto the FBAR chopping block, the government should be held accountable. However, if, as most believe and our experience seems to support, the Streamlined Procedures were designed to provide not quite willful taxpayers an opportunity back into compliance through a simplified and expedited process, the IRS should respect the vast majority of Streamlined submissions (and requests for transitional treatment) and move on.

It should be anticipated that the IRS will pursue examinations of the amended returns of taxpayers residing in the United States in some manner. It remains uncertain whether the IRS would or could effectively pursue those residing outside the United States in any realistic manner. It should also be acknowledged that there remain viable alternatives to the OVDP, including the voluntary disclosure practice of the IRS set forth in Internal Revenue Manual (IRM) 9.5.11.9 [see Example 6(A)], Section 4.01 of the Criminal Tax Manual for the U.S. Department of Justice, and Section 3, Policy Directives and Memoranda, Tax Division of the U.S. Department of Justice.

Certainly, given the complexities of the Internal Revenue Code, other relevant statutes and life in general, many of the indiscretions associated with an income tax return or FBAR are anything but willful or intentional and definitely not fraudulent or criminal in nature. In these situations, an interview of the taxpayer and/or their return preparer can lead to an extremely quick and reasonable resolution.

Many, many articles penned by Mr. Rettig are available via SSRN and listed here.

Bubblebustin asked for this post to be based upon this paper. Unfortunately the most we can offer is the link and a few excerpts. Strongly suggest everyone read this particular article- Why the Ongoing Problem with FBAR Compliance? from the Journal of Tax Practice & Procedure, August-September 2016, published by CCH, a part of Wolters Kluwer.

A major point in the article is when government is trusted, is seen as legitimate, compliance tends to be a result. It probably does not help that the IRS emphasizes submissions coming from OVDP and Streamlined will be examined “in an effort to uncover leads for criminal prosecutions.” Mr. Rettig is also aware that eighty percent of non-resident filers will have no U.S. Tax Liability. Though again, that is a reference to income tax and does not cover some of our worst grievances.

Potential government actions should consider the
impact on those six-plus million U.S. people (and their
advisors) sitting in the bleachers domestically or in various
foreign countries trying to determine how best to pursue
some form of voluntary compliance, expatriation or to
possibly just continue sitting in the bleachers … “History
repeats itself because no one was listening the first time.”

Like Loading...
« Taxation of #AmericansAbroad in the 21st Century: “Country of birth” Taxation vs. “Country of Residence” Taxation- Part IV
Looking for Stories of People Who Have Renounced »

32 thoughts on “Meet the Proposed Commissioner of the IRS – A Welcome Change?”