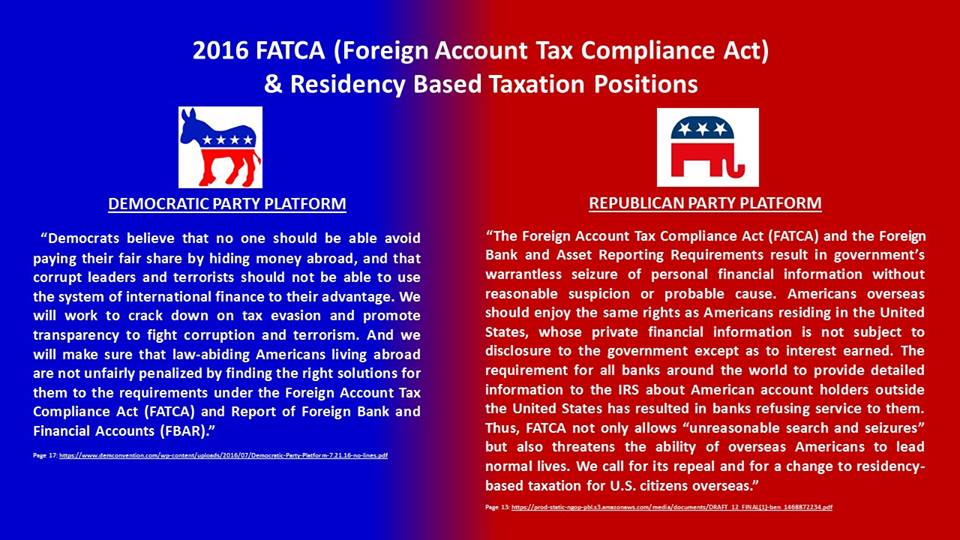 The platforms listed side by side ties expats with either fairshare/terrorism/corruption/criminality/evasion/cracking down whilst the other focuses upon constitutional rights and the ability for overseas Americans to lead normal lives. Consider the expat-relevant platforms in regards to the Congressional and Presidential choices.

(No relevant information found yet from the Libertarian or Green party)

The platform gives direct information as to what the two parties think of us.

Like Loading...
« US Secretary Jack Lew: EU decision about Apple, means EU is “reaching into the US tax base”
September 12, 2016: Israel Supreme Court quashes FATCA injunction — but the Israeli FATCA litigation fight will continue »