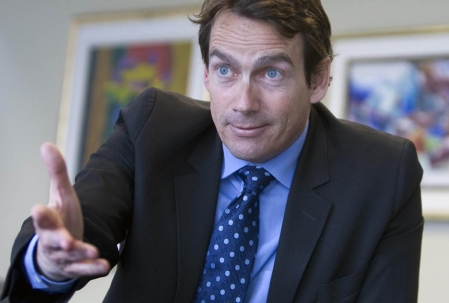 Will Pierre Karl Peladeau separate Quebec from the United States too?

As the initial shock wears off and the first emotional responses to Canada’s signing of an IGA with the US begin to coalesce into well-written, detailed submissions, Charter challenge fundraising and myriad other signs of a growing and sophisticated anti-FATCA movement, it is worth taking a moment to pay attention to what is currently happening in Quebec.

The drumbeat of yet another referendum is beginning to be heard, carried now by powerful voices like that of Pierre Karl Peladeau, a true Quebec oligarch who has now fully and publicly embraced the separatist cause.  Despite the obvious concerns about conflict of interest as a campaigning politician who just happens to control most of the media pie in Quebec, Mr. Peladeau seems determined to put his money where his mouth is and champion separatism in a manner which will no doubt be unprecedented in Quebec politics.

Against this backdrop, it is interesting to consider how these two stories will inevitably intersect, since they both deal with fundamental questions about self-determination, national sovereignty and the democratic process.  Meanwhile there is a vast ticking FATCA time bomb for Quebec which the PQ so far seems to be blissfully unaware of, but which it will have to deal with head-on if it truly believes it is Quebec’s destiny to become a sovereign nation.

A Full Comment article in today’s National Post focusses on the splash that Mr. Peladeau has already made and how it is clear that while he may be a most savvy and ruthless CEO, he still has much to learn about the realities of politics and the campaign trail.  He and the PQ will also soon learn more about the realities of their would-be nation’s position in the rest of the world, especially in relation to the United States.

Here is the article:

Graeme Hamilton: No doubt now that Quebec vote is all about sovereignty

I contributed this comment to the discussion and encourage others to add their own voices, not only to this article but to others detailing the upcoming Quebec election.  It is time for Canadians and Quebecers to fully understand how FATCA threatens ALL of our dreams and aspirations:

So now that Canada has signed an IGA (Intergovernmental Agreement) with the United States, essentially ceding Canadian financial sovereignty to the US, I wonder how the newly-emboldened PQ plans to deal with the growing FATCA crisis. It’s one thing to tell Canadians to take a hike, but the Americans will be a whole other “pair of sleeves”, as our Francophone neighbours say.

I know, you’re thinking, what does this have to do with anything? Well, not only Canadians, but Quebecers too will soon find out when FATCA officially and ironically begins on July 1st, 2014. There are probably tens, if not hundreds of thousands of Quebecers living in the Eastern Townships who were so-called “border babies”, born in US hospitals in New York, Vermont and New Hampshire who are actually American citizens, whether they realize it or not.

These people will now have their financial information reported by their banks to the CRA, which will then forward the information to the American IRS. Years of unreported earnings may result in ruinous financial penalties, taxes and professional fees for these unsuspecting people. Oh, and the 75,000 pages of the US tax code are only available in English, by the way. It will be VERY interesting to see what pretzel logic the PQ comes up with when it comes time to discuss this slumbering giant of an international crisis. If Quebec really wants to become an independent nation, this will be one of its first great tests. Canada’s Conservative government failed it miserably, so let’s see if Quebec’s does any better.

Like Loading...
« Latest in Richardson/Kish Series: March 10, 2014 Submission to Department of Finance, Canada
“Traumatized by the IRS and US Reaching Into Canada” – Revisited »

20 thoughts on “Would an independent Quebec sign an IGA?”