“TD is committed to providing impacted customers with support and information to ensure they receive a comfortable experience once the law comes into effect.” 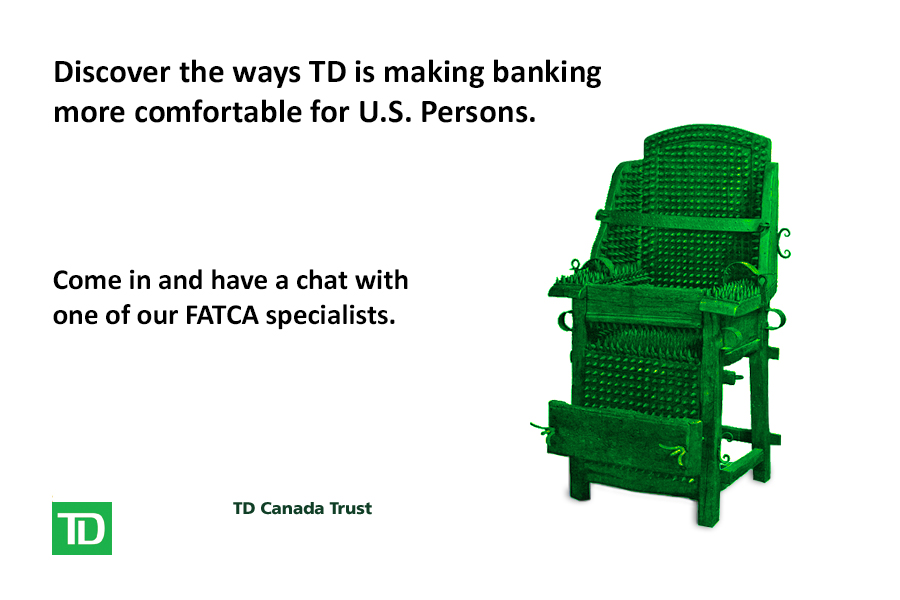 Like Loading...
« The best #FATCA video yet… American Empire and the Most Important Law You’ve Never Heard of…
Tories bully Canadians into accepting Internet Surveillance bill »